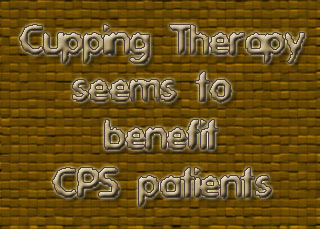 According to a latest German study, people residing outside US are believed to use an external suction technique called cupping in order to get temporary relief from carpal tunnel syndrome (CPS). Evidently, cupping treatment is said to increase microcirculation which may help in relieving CPS symptoms. The experts from Immanuel Hospital Berlin were believed to have conducted this study.

For the purpose of the study, the experts seem to have divided fifty-two patients at random into therapy and control groups. Apparently, the therapy group was noted to have been provided with wet cupping therapy. Here, the skin covering the trapezius muscle was believed to have cupping glasses applied over it. It was believed that, later around 5 to 10 skin punctures with a germ-free lancet were noted to have been applied.

Apparently, a single treatment of cupping given to the patients was noted to improve their quality of life and their practical ability for a week. They also seemed to have experienced an extremely remarkable decrease in CPS pain and other symptoms.

The study experts were noted to have offered three potential reasons for the positive therapeutic achievement. First reason seems to illustrate that cupping may possibly have antinociceptive effects. The second reason was believed to have local bloodletting which may have been caused by cupping altered tissue perfusion and metabolism and may have affected the medial nerve function. Lastly, cupping therapy may seem to create a powerful placebo effect.

Apparently, the patients were believed to have accepted the treatments very well. It is believed that in medical practice cupping may be performed frequently and easily. The study experts seem to have noted that further studies were needed to review the long-term significance of cupping therapy for the treatment of CPS pain.

The cupping technique is believed to have been used as a therapeutic technique in India, China, Arabia, Central Europe and parts of Africa.

This study has been published in The Journal of Pain.