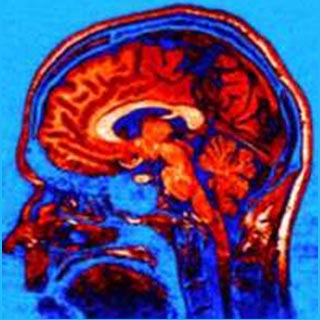 A team of British researchers has discovered that brain scans can detect changes in grey matter, which could help doctors predict illnesses such as schizophrenia.

According to researchers, Magnetic resource imaging (MRI) scans could be used, along with other clinical assessments, to predict schizophrenia in people at high risk of developing the brain disorder before they actually started showing the symptoms.

In an abstract published on the BMC Medicine website, the team of scientists at Edinburgh University said, “Changes in grey matter could be used as part of a predictive test for schizophrenia in people at enhanced risk for (family) reasons.”

Lead researcher Dominic Job told the BBC, “Current methods are good for predicting who won’t develop schizophrenia but not who will … By combining brain imaging with traditional clinical assessments it might be possible to detect people who are at highest risk of the illness early.”

The researchers noted that however their study had only covered a small group of people and a larger-scale independent test was required to confirm the results.

The Edinburgh team spent 10 years following 200 young people at high risk of developing schizophrenia because two or more members of their family had already been diagnosed with the disorder, the BBC reported on its website.

They analyzed MRI scans of 65 of these people, taken about every 18 months, and looked for changes in grey matter – the brain tissue that transmits messages and helps store memories, it said.

Eight of the 65 developed schizophrenia about two years after their first scan.

Surprisingly, the MRI scans of each of these eight people found that changes had started happening in their grey matter before they started displaying symptoms of the disorder, the BBC explained.

These changes appeared in a part of the brain involved in processing anxiety. According to BBC, “People who develop schizophrenia are known often to exhibit signs of raised anxiety levels up to two years before the onset of full psychosis.”

Individuals in high risk groups have, on average, a 13-percent risk of developing schizophrenia. But if they exhibit brain changes of the type found by the researchers, their risk of developing full-blown psychosis rises to a massive 60 percent, the BBC said.

Job told the BBC, “Although there are no preventative treatments for the illness, an accurate predictive test could help researchers to assess possibilities for prevention in the future.”

Schizophrenia is typically characterized by disorganized thinking, delusions or auditory hallucinations.
Although the disorder is primarily thought to affect cognition, it can also contribute to chronic problems with behavior and emotion.

The research was welcomed by Jo Loughran, of the schizophrenia charity Rethink.

“Schizophrenia is notoriously difficult to diagnose. Therefore Rethink welcomes any new research or progress into understanding the causes of schizophrenia,” Loughran told the BBC.