Scientists have discovered that neurons in the adult brain can remodel their connections. They found that a type of neuron implicated in autism spectrum disorder reshapes itself. 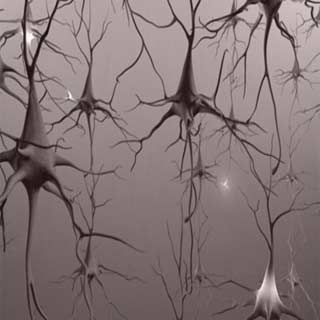 Elly Nedivi, associate professor of neurobiology at the Picower Institute for Learning and Memory, and colleagues have identified this neuron. This is modified in a strip of brain tissue at the upper border of cortical layer 2. This brain tissue is only as thick as four sheets of tissue paper.

Nedivi, who is also allied with the MIT’s departments of brain and cognitive sciences and biology, says that, “This work is particularly exciting because it sheds new light on the potential flexibility of cerebral cortex circuitry and architecture in higher-level brain regions that contribute to perception and cognition. Our goal is to extract clues regarding the contribution of structural remodeling to long-term adult brain plasticity — the brain’s ability to change in response to input from the environment — and what allows or limits this plasticity.”

Nedivi along with Peter T. So, who is the professor of mechanical engineering and biological engineering at MIT, in an earlier study had noticed a significant change in the length of dendrites. Dendrites are the branched projections of nerve cells that conduct electrical stimulation to the cell body. An even more significant discovery was that this growth was restricted to only a specific type of cell. Most of the cortical neurons were stable, whereas a small division of locally connecting cells, interneurons, underwent dynamic rearrangement.

In this study, Nedivi says that within the circuit, the location of the cells determines their capability to remodel in the brain, and not pre-determined by genetic lineage. Nedivi further says that if they could somehow unveil the feature of this location, which permits growth in a brain, which is unstable under other circumstances; they could then make use of it to persuade those cells in other regions to grow which can’t re-grow or adapt to their changing environment.

Nedivi also said that, most importantly they have to focus on the inter-neurons that preserve special growth features in the adult brain.

This work is supported by the National Eye Institute. Their findings are reported in the online edition of the Proceedings of the National Academy of Sciences (PNAS).