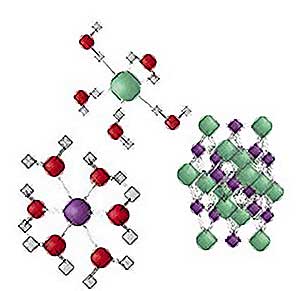 Researchers have unveiled a molecule that lets the brain know that your stomach is filled, thus alerting you that its time to stop having anymore food.

This research team was led by Howard Hughes Medical Institute investigator Gerald Shulman at Yale School of Medicine. Shulman’s research team is re-known for its work on understanding how insulin resistance develops and leads to diabetes. During the course of this research, they developed a sensitive system to recognize and measure lipids in tissue samples. After the effect of that system used in his diabetes research, Shulman wanted to test if the same method can be applied to better understanding obesity.

This research was tested on mice and rats. The researchers found a chemical messenger, called N-acylphosphatidylethanolamine (NAPE). NAPE is made in the small intestine after the animals were fed a greasy meal. It is stated that after consuming a greasy food, NAPE, enters the blood and travels to the brain, where it nullifies the hunger signals. Rats which were treated with extra NAPE for five days ate lesser and lost more weight. Thus suggesting that, a deeper understanding of NAPE may guide the researchers in coming up with obesity drug or appetite suppressors.

It is estimated that around 300 million adults globally are over-weight and thus at higher risk of developing cardiovascular diseases and Type 2 diabetes. Shulman notes that there are not many diet drugs available in the market for obesity. Mostly, the ones which are available have adverse side effects. He says, “We do not have good medical therapies for obesity. It’s very important to find other targets that might affect food intake.”

In spite of having studied the physiology of appetite and hunger, researchers are still unsure of the process through which the brain keeps a check on fat consumption. Since fat is effective for satisfying hunger, Shulman along with other researchers from Yale and the University of Cincinnati decide to test and see if the brain directly senses lipid intake.

This team of researchers made use of Shulman’s lipid analysis system to investigate what happens to the fat that enters the blood after the consumption of a high fat food. Some scientists assume that the fat derivates that enter the bloodstream could be held responsible for signaling the brain. They used this approach to compare the lipids present in blood plasma from rats that had fasted or eaten, and they zeroed in on NAPE.

In the blood of the rats, who had fasted for twelve hours, only low levels of NAPE were detected. However, the level of NAPE rose to around 40 to 50 percent in the rats that had consumed high fat food. It is also noted that NAPE didn’t rise in rats that had consumed only proteins or carbohydrates, thus revealing that NAPE levels reflect the amount of fat consumed through food.

The researchers discovered that on injecting synthetic NAPE in the abdominal cavity or blood of the rodents, their appetites decreased considerably. The more NAPE was injected, the lesser food they ate. At a low dose, as compared to the natural rise in NAPE after food consumption, the rats still ate 25 percent lesser than the control group of rats. Some even went into “siesta mode” or acted as if they had just eaten food. On more investigation, Shulman says that the rodents were just lethargic and not unwell.

The researchers injected small amount of NAPE directly in the brain, this resulted in the same effects as a larger dose delivered to the blood. Shulman says that, this proves that the compound communicates directly with the brain.

After this, the researchers were curious as to if the NAPE would be effective with treatments over a period of long time, so they put IV vests on 22 rats which let the rodents move around freely in their cage. While moving around, these rats were still hooked up on the IV that gave out NAPE to them. Over a period of five days, the control group of rats continued to gain weight normally, however, the NAPE treated rats appetite was reduced and thus they lost ten percent of their body weight. Both the group of rats appeared healthy.

Shulman along with his team are now keeping an eye on NAPE levels in the human body, to see if they rise after meal consumption, just like in the rats. It is believed that they plan to test the effects of NAPE on appetite in no-human primates. Shulman concludes by saying that, if their studies produce similar results as in the study on rodents, then a clinical trial with NAPE or NAPE-like compounds will most probably be conducted.

Their findings were published in the issue of the Cell journal.