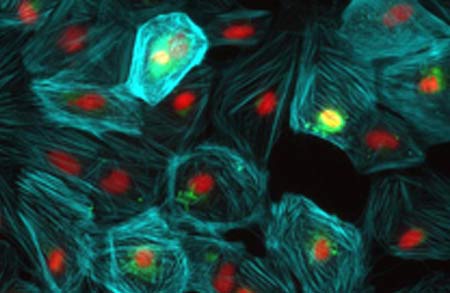 We are aware of a research where cells from the heart itself were used to repair damage following a heart attack. Now, scientists at the British Heart Foundation (BHF) have revealed a new technique where skin cells taken from heart failure patients could be transformed into healthy heart cells.

In the procedure, skin cells of patients were taken and regrown into stem cells. These cells appeared to be capable of getting converted into heart muscles. The developed cells were then merged with the existing heart tissues for proper functioning of the same.

Dr. Mike Knapton, Associate Medical Director (BHF), commented, “This study managed to develop cardiac stem cells from the skin of patients with heart failure. Previously this had only been done in healthy volunteers. This is a very promising area of study, that’s why we are investing heavily in similar research as it could help us literally ‘mend broken hearts.”

According to the team, this is a crucial step towards recovery from heart failure. With stem cells showing promise in treating several medical conditions, further research into this technique looks justifiable. Following a heart attack, there are many persons living with impairment for the rest of their lives.

Developing new ways with which the impact of an attack could be reversed is the present need. Published in the European Heart Journal, the findings showed that skin cells from the body of individuals suffering from heart failure may be used to aid optimal functioning of the heart.