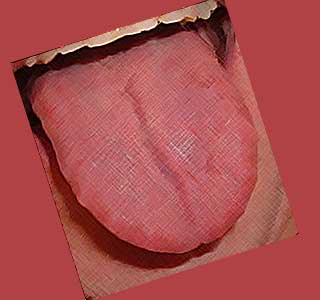 This study conducted by the Penn State could unveil the association of taste and body weight, and also disclose how flab coaxes the brain to have sweet foods.

Previous studies have observed that obese people have less sensitivity to sugary meals, and thus crave for sweet food more than their leaner counterparts. But, it should also be told that very little is known about the difference in taste buds between obese and lean people.

Andras Hajnal, associate professor of neural and behavioral sciences at Penn State College of Medicine, says that, “When you have a reduced sensitivity to palatable foods, you tend to consume it in higher amounts. It is a vicious circle.” Hajnal and Peter Kovacs, his Penn State post-doctoral colleague, in order to understand these differences, studied the taste responses of two strains, OLETF and LETO rats.

The taste responses in the OLETF rats was similar to the taste responses found in obese humans, as compared to the responses found in the leaner LETO rats. These rats are observed to have normal body weights. However overtime because of a missing satiety signal, they overeat and become obese and gradually develop diabetes. It is also observed that the obese rats also crave for sweet foods and willingly work towards gaining sweet rewards in return for learning.

Hajnal says, “When you have excess body weight, the brain is supposed to tell you not to eat more, or not choose high caloric meals. But this control apparently fails and thus the obesity epidemic is rising, and we want to find out how the sense of taste drives up food intake.”

To measure their brain activity, the researchers planted electrodes in the rats’ brains. The researchers wanted to record the firing of nerve cells in the rodent’s brain when they were exposed to several types of tastes; namely, citric acid, salt, plain water and also six different concentrations of sucrose.

The pontine parabrachial nucleus (PBN) is the part of the brain that makes use of the nerve cells to transmit information from the surface of the tongue to the brain. These researchers mainly kept an eye on the differences in processing taste in this region of the brain. Hajnal states that the OLETF rats had 50 percent lesser neurons firing, when they were exposed to sucrose, as compared to the LETO rats. This means that obese rats are less sensitive to sucrose. However, after the obese rats were given a higher dose of sucrose, their nerve cells fired more violently as compared to the leaner rats, thus disclosing that obese rats have a weak response to weak concentrations and strong response to stronger concentrations. Thus, Hajnal declares that, when there is less sensitivity to sweetness than you have an inclination to have even sweeter foods. However, both the strains showed similar reaction to salt.

These researchers state that gradually overtime the increased consumption of sweet meals influences the brain’s reward center by relaying progressively weaker nerve signals. This is believed to affect the PBN’s perception of taste of the meals.

This study, linking taste responses and obesity, could prove to be an eye opener for more than 60 percent of obese adult Americans.

These findings are published in the Journal of Neurophysiology journal.