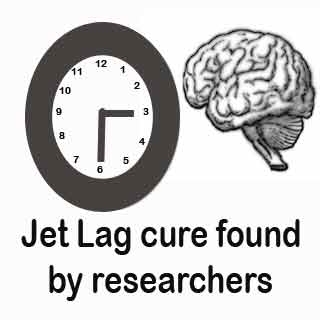 Researchers from various reputable institutions have come together and discovered a new drug as a cure to jet lag.

This drug is believed to reduce sleep disorder or jet lag in people with irregular working patterns or those who travel internationally.

Researchers from the Monash University, The Brigham and Women’s Hospital (Boston), Harvard Medical School and Vanda Pharmaceuticals have united for the introduction of this innovative drug.

Dr. Shantha Rajaratnam is from the Monash University’s School of Psychology, Psychiatry and Psychological Medicine section. He says that tasimelteon is a drug which influences the melatonin receptors of the brain. Also, according to him, this drug could be used to treat circadian rhythm sleep disorder in humans.

“Our studies show that tasimelteon is able to effectively shift the rhythm of melatonin levels in the body, which are a well-established marker of the human biological clock,” he said. The drug is capable of enhancing “the quality and quantity of sleep” especially for those who are jet lagged, claims Rajaratnam.

He further says that, this drug can induce sleep in a person even if the respective person’s usual sleeping time has shifted earlier by several hours. This is also a very beneficial drug for those who have irregular work timings, like late nights or early mornings.

Dr. Rajaratnam states that on an average around two third travelers, who have to cross international time zones suffer from insomnia or jet lag. He names some of their symptoms; namely, difficulty sleeping and staying asleep, gastrointestinal problems, sleeping at day time when others are awake, and also disruption of sleep.

On an average more than 19 million Americans working schedule commences from any where between 2.30 and 7 in the morning, according to him.

The results of their drug is said to have yielded a positive outcome. It is stated to have an initial strong effect on its users. A single dose is believed to be adequate to overcome this disorder.

He concludes that before marketing the drug, more tests and trials have to be conducted.

The research on the drug was published in The Lancet.

Psoriasis patients may not be able to recognize disgust