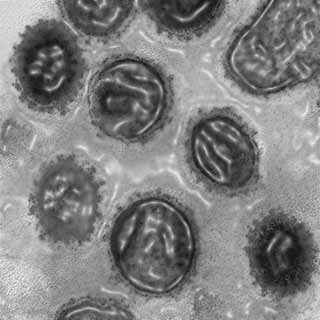 In a latest research, the scientists of the Stanford University School of Medicine have tried to uncover the cause for the co-evolution, of the HIV-like viruses, in primates. They discovered one such virus in the genome of a Madagascarian lemur.

An attempt was made to reveal the reason behind the fact that why non-human primates don’t get diagnosed with AIDS and also the treatments for human patients who are prone to this disease.

Lemurs are said to have resided in Madagascar for approximately 75 million years. A 400 km ocean separated them from the rest of the evolutionary primates, which made the crossing of these types of viruses a difficult task.

Lentiviruses are from the same family of viruses as HIV. It’s an ages old belief that primates were getting victimized by lentiviruses from the past million years.

It is stated that these lentiviruses, reproduce by introducing their RNA in the cell’s DNA. In fact, some have being witnessed to have infected cells, by pushing their virus-induced DNA’s into the genome, that grow into eggs or sperms in the infected individual.

In an attempt to get a deeper understanding, Gifford, computer screened the DNA of 21 primates. Each species was zoomed in, in an attempt to identify a string of nucleotides that matched the modern lentivirus genome. They hit a bulls-eye when they discovered one such virus in a lemur’s DNA. This lentivirus is called pSIVgml.

It is believed that the discovery of the association of these viruses with primates may aid in better understanding in the HIV/AIDS research, which could also lead to successful treatments or vaccinations for the same.

Primates infected with the simian version of HIV, by several genes, are protected from developing AIDS. These genes code for proteins in the immune system slows down or obstructs retroviral reproduction. Earlier researches, on this topic, presume that the reason behind the growth of these genes could be due to its exposure to the retrovirus infection over the past millions of years.

Beatrice Hahn, PhD, a professor in the department of medicine at the University of Alabama at Birmingham says that, this research has also brought with it various questions, as to how have these primates survived these viruses over millions of years, and also what kind of defenses have they developed to defend themselves from it, among other questions which may help researchers around the world find defense against AIDS in humans. Hahn studies human retroviruses.

Their findings were published online in the Proceedings of the National Academy of Sciences.