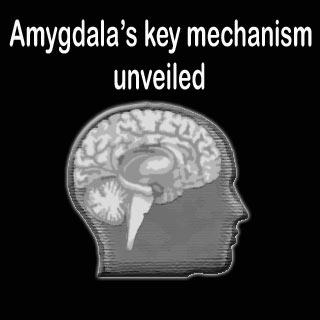 A latest study has revealed and detected an important developmental mechanism of the amygdala. Amygdala is a very crucial brain structure. This is the region of the limbic system that affects the way the brain may create emotional memories and responses.

This study was conducted by the scientist of the Children’s National Medical Center. This revelation could aid scientists in better evaluating and determining disorders where a part of the brain function is altered, like in autism.

Senior author, Joshua Corbin, PhD, Center for Neuroscience Research at Children’s National Medical Center says that, “Despite its central role in normal brain function and behavior, little has been known about how neuronal cell diversity is generated during development of the amygdale. It was thought that development of this region occurred similarly to other brain structures like the cerebral cortex, but our findings indicate that a specific precursor pool exists that is pre-assigned exclusively to the limbic system. It is a breakthrough to our understanding of this little studied region of the brain.”

The scientists made the use of embryonic mice in order to better understand this theory.
They identified two specific pools of precursor cells that were noticeable by the Dbx1 transcription factor. The newly discovered pool of migratory cells, the ventral pallium as well as the preoptic area, is believed to be the base from where the Dbx1 moves. The Dbx1 later unites the excitatory and inhibitory neurons, which in turn contains the amygdala.

It’s stated that the development of the limbic system is taken place mainly due to the involvement of the preoptic area precursor cells. Dr. Corbin says that, various disorders like autism take place due to the impaired amygdala function.

Their study is published in the Nature Neuroscience.