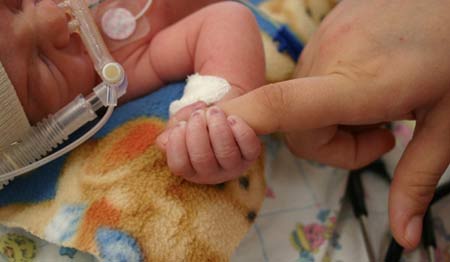 In recent days, many women undergo C-section deliveries that are usually considered to be safe. However, a team from Yale University has revealed that premature babies who are regarded as small with respect to gestational age, may be affected by breathing problems if they are born via C-sections.

The team inspected medical records and birth certificates of nearly 2,885 preterm babies who were small for gestational age. According to the observations, infants born prior to 34 weeks of pregnancy via cesarean deliveries were likelier to suffer from respiratory distress syndrome, as compared to babies with similar gestational age who were born vaginally.

Other factors like diabetes, hypertension, primary insurance payer, gestational age at delivery and many others were adjusted in the trial. C-section deliveries are mostly conducted for infants who have not grown optimally in the womb. These infants are apparently affected by intrauterine growth restriction.

“Further research is needed to determine the optimal mode of delivery for this population,” commented Heather Lipkind, M.D., assistant professor in the Department of Obstetrics, Gynecology and Reproductive Sciences at Yale School of Medicine, senior author on the study.

Variables like education, maternal age and pre-pregnancy weight were also controlled in the trial. Preterm birth takes place when the infant is delivered before the conclusion of 37 weeks. Erika Werner, M.D., presently working with Johns Hopkins School of Medicine, was the co-author of the analysis. Further studies to gauge the appropriate mode of delivery for preterm babies are required, the team concluded.

The report was presented at the 32nd Annual Society for Maternal-Fetal Medicine (SMFM) Meeting in Dallas, Texas.