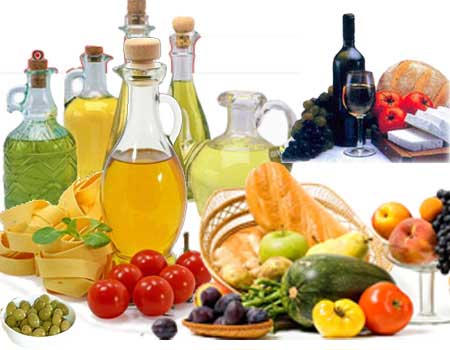 It is a long known fact that traditional Mediterranean diet is one of the most nutritious diets. Rich in olive oil, grains, fruits, nuts, vegetables, and fish, but low in meat, dairy products and alcohol, it is suitable for all types of people and is especially suggested to people suffering from cardiovascular diseases. But it was unknown till date that the diet also helps in cutting the risk of type 2 diabetes.

After a study of eight years from December 1999 and November 2007 on the graduates of 13,000 graduates from the University of Navarra in Spain, who had no history of diabetes, it has finally been concluded that the diet is substantial for protection against the development of diabetes in the healthy population.

The participants were made to complete 136 item food-frequency questionnaires that measured their entire diet by questioning the use of fats and oils, cooking methods and dietary supplements.

There were follow-up questionnaires on diet, lifestyle, risk factors, and medical conditions that the participants were made to fill after every two years. If there were any medical cases, they were determined from the medical reports.

Inferences made during the follow-up period (median 4.4 years) by the researchers from the University of Navarra showed that the ones who strictly followed their diet had lower risks of developing diabetes. It is estimated that following the diet reduces the risk relatively by 83%.

What is found to be more interesting in the study is that the participants who were expected to face higher risk of developing the disease, because of their family history of diabetes and a higher proportion of ex-smokers, were also found to have less chances of getting diabetic. According to the authors, the reason behind this is the diet that provided them with substantial protection.

Mediterranean diet has the ‘major protective characteristics’ owing to high intake of fibre and vegetable fat, a low intake of trans fatty acids, and a moderate intake of alcohol involved in it. The most important highlight of the diet happens to be the ‘abundant use of virgin oil for cooking, frying, spreading on bread, and dressing salads’.

Finally, in order to confirm their findings, the authors seek more cohorts and trials.

The study has been published on bmj.com.