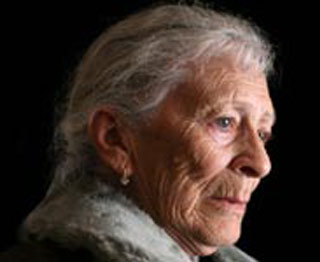 Drugs that can be used simultaneously for 2 conditions are surfacing out as vital therapeutic options. Along same lines, scientists from the University of Bristol have conducted a study to gauge if specific types of drugs used for the treatment of hypertension could be advantageous in decreasing the prevalence of Alzheimer’s disease.

The drugs basically analyzed in this study were hypertension medicines that precisely lower the activity of a biochemical pathway namely renin angiotensin system. They wished to see if these drugs worked for Alzheimer’s and vascular dementia.

The aforesaid pathway plays a major role in blood pressure control and professionals have been trying to locate a link between dementia and hypertension since 10 years. Some studies have shown that specific signals generated by this pathway lead to many negative effects seen in the brains of those suffering from Alzheimer’s. These are inclusive of memory loss, weak blood circulation in the brain, high brain inflammation, and greater instances of brain cell death due to less oxygen supply.

Dr Patrick Kehoe, Reader in Translational Dementia Research elaborated, “Drugs that can prevent Alzheimer’s occurring at all, or delaying its onset would have a substantial benefit on the lives of future sufferers, their families, as well as an overstretched health care system. Current Alzheimer’s drugs treat memory loss by attempting to correct chemical imbalances in the brain but these only work for a limited time. This limited treatment period is because the drugs are unable to stop the underlying mechanisms that cause the disease. Therefore the need to find new ways of stopping Alzheimer’s goes on.”

The study utilized information from the General Practice Research Database that spans through millions of anonymous subjects. The outcomes showed that individuals aged 60 and above who consumed 2 distinct set of drugs which strike the renin angiotensin system since last decade, seemingly had 50% less risk of developing Alzheimer’s and 25% less risk of vascular dementia. This was not the case with other types of hypertension drugs.

The team believes that these shielding attributes may not be just due to blood pressure lowering effects but there could be specific biochemical changes involved in the process. The scientists conclude that clinical trials are required to reach proper inferences.

The study is published in the Journal of Alzheimer’s Disease.