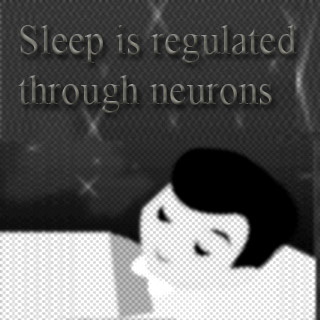 A latest study has revealed that the sleep-wake state in an individual is regulated by varying nerve cells. The melanin-concentrating hormone (MCH) neurons and orexin (Orx) neurons, in spite of sharing the same region of the brain, perform differing functions. This study was conducted by the Montreal Neurological Institute (MNI) at the McGill University.

This study is believed to be the first of its kind to have revealed that the MCH neurons are activated during sleep, which could somehow contribute to regulation of the sleep state. The study authors, Dr. Oum Hassani, Dr. Maan Gee Lee and Dr. Barbara Jones, give an insight into the sleep-wake cycle and the basis of sleep disorders.

It is stated that sleep is regulated by the processes in the brain, depending on an individual’s waking amount. Other than this factor, sleep is also regulated by the light/dark cycle controlled by the circadian rhythm. The investigators analyzed the lateral hypothalamus (LH) structure in the brain. This region is believed to be essential for the continuing wakefulness. It is stated that the MCH neurons, which were co-distributed by Orx neurons, composed less than 10 percent of the LH. Apparently earlier studies had declared that Orx neurons were mandatory for the maintenance of the awake state. But prior to the present study, the MCH neuron functionality was unknown.

Dr. Jones, neuroscientist at the MNI, states that, “Remarkably, what we found is that MCH neurons are actually silent during waking, which is a surprising finding especially in this wake-promoting region of the brain. The neurons fire during sleep, and are most active during REM sleep. Our study markedly demonstrates that MCH neurons discharge in a reciprocal manner to the Orx neurons across the sleep-wake cycle.”

The advanced knowledge about the roles played by the Orx and MCH neurons may prove to be beneficial for better understanding sleep disorders like narcolepsy, and other diseases like Parkinson’s disease and depression.

Innumerable information has been garnered that highlights the significance of adequate, regular and normal sleep to keep the over all health of an individual under control. It has various other positive effects on blood pressure, alertness, metabolism, regulation of the hormone levels, etc. as well. These study findings may aid in the development of various therapeutic approaches for treating various sleep disorders.

Their study findings have been published in the journal Proceedings of the National Academy of Sciences.