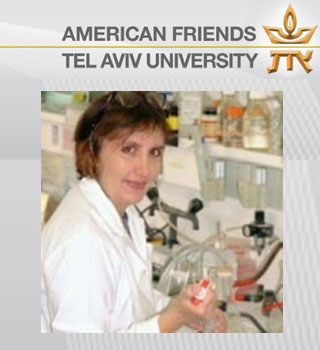 A novel analysis by an international team led by a Tel Aviv University researcher is all set to find the Achilles’ heel of cancer. It was observed that a never-approved drug stroke drug could efficiently destroy cancer cells while still keeping normal cells healthy and intact.

The drug was known to have been developed to prevent the death of nerve cells after a stroke. It was a member of a family of phenanthridine derivatives established by an American drug company. The drug was found to have worked to kill cancer in mice that had been implanted along with human breast cancer cells. These findings were put forth by Prof. Malka Cohen-Armon of TAU’s Sackler School of Medicine.

“Not only did the drug kill the cancer, but when we investigated normal cells, we discovered that they’d reacted as though they hadn’t come in contact with the drug,” mentions Prof. Cohen-Armon. “This is the result we were hoping for. If human trials go well, we could have an entirely new class of drugs in our hands for the fight against cancer.”

Annihilating the deadly cycle of cancer cell growth, the immediate results of the analysis were claimed by the researcher to be just one of the promising findings. In addition to this, the team also seems to have uncovered a molecular mechanism in the cell cycle that could be arrested only in human cancer cells. Apparently it is this cell cycle arrest that reportedly caused the cancer cells to die without affecting normal human cells.

“We’ve found a molecular triggering mechanism in cancer cells that, when set off, causes the cancer cells to die — they just stop multiplying and die within 48 to 72 hours. Normal, healthy body cells are only temporarily arrested by the same mechanism — they overcome this cell cycle arrest within 12 hours and continue to proliferate in the presence of the drug as normal un-treated cells,” further mentions Prof. Cohen-Armon. “All the human cancer cells we tested seemed to succumb to this compound.”

Initially the stroke drug was supposedly developed for prevention of nerve cell death in the course of inflammation and tissue damage in the brain after stroke. Pre-clinical investigations by American researchers, however seems to have revealed that these compounds didn’t function as effectively as expected. Currently, they are known to be used only for the purpose of research in laboratory settings.

“The compound we used,” adds Prof. Cohen-Armon, “presented no traces of toxicity in mice. With this compound, we were able to show how one of the many molecular mechanisms regulating the cell cycle can be targeted, and the proliferation of cancer cells halted.”

Cohen-Armon additionally mentioned that even if this particular drug doesn’t reach the market to fight against cancer, it could lead to the development of an entirely new class of drugs around this mechanism.

As of now, the team is working at identification of all the regulatory mechanisms that may be involved in this specific process. They hope to better understand the science that might point the way to a new class of anti-cancer drugs.

This research has been reported in the journal Breast Cancer Research.