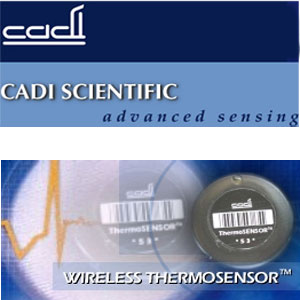 Scientists have developed a device that monitors vital data such as blood pressure and pulse rate and then sends the data to a wireless receiver.

Singapore General Hospital is testing the prototype of this device from Cadi Scientific, the company formed by four colleagues.

Called the Thermo-SENSOR, it is being used in three hospitals in Singapore and also in intensive care wards of hospitals in Bangkok and Taipei, said Cadi Scientific chief executive Zenton Goh.

The prototype already measures body temperature and sends the data to receivers, freeing nurses from manually taking a patient’s body temperature every few hours and enabling the patient to get more uninterrupted rest.

Another modified version tracks the movements of patients from one department to another in a hospital for tests or treatment.

The three centimetre wide ThermoSENSOR is taped to a patient’s body and measures body temperatures continually, the newspaper said. Radio frequency technology is used to transfer the data to a computer at the nurses’ station.

Nurses are able to spot cluster of patients developing fevers at the same time, possibly indicating an infection making the rounds.

Cadi Scientific said that it plans to take the gadget to other parts of the region as well as China, the US and the Middle East