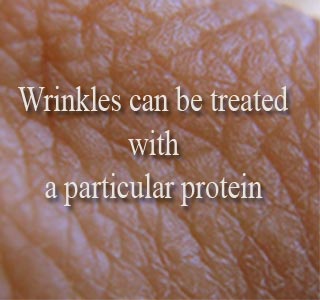 A latest study says that a particular protein, linked to the growth of various forms of cancers, may be helpful for treating wrinkles and rejuvenating skin. This study was conducted with the intention of better understanding the function of this particular protein in the process of tissue repairing from wounds, skin cuts, stroke, etc. This study was conducted by the Berkeley Lab.

The study findings, if proven, may actually replace various presently used surgical methodologies and injections which have various side-effects. This particular protein is called Receptor for Hyaluronan Mediated Motility (RHAMM). This study was jointly conducted by Mina Bissell, a cell biologist at Life Sciences Division, Berkeley Lab; and Eva Turley, an oncology professor at the University of Western Ontario. Bissell and Turley are also a leading authority on breast cancer and tissue polysaccharides, respectively.

Their study on mice revealed that by curbing the protein’s gene expression, a regeneration of fat cells was noticed, which replaced the cells lost in the aging process. Another effect that a curbing of this protein expression induced was a reduction in the amount of the deposited unhealthy visceral fat.

Bissell says that, “This technique could be developed as a means of providing a non-surgical approach for normalizing skin appearance after reconstructive surgery, for wrinkle reduction, and for face lifts and figure enhancement.”

While Turley says that, “Unlike neurotoxin agents, which have to be injected periodically, a localized injection of a RHAMM inhibitor should produce long-lasting skin volumizing effects and would not involve muscle paralysis, which means there would be no loss of expression if it were to be injected into the face.”

This study states that an obstruction of the RHAMM protein expression brings about an increase in the subcutaneous fat, while decreasing visceral fat. Thus, this indicates the possibility that these findings may even be applicable for treating patients suffering from obesity-related diseases, heart problems or even diabetes.

The other positive effects of this protein are that they can also be used for rejuvenating the skin after the commencement of a cosmetic surgery. Other benefits include a positive effect against various tumors and inflammatory diseases in mice.