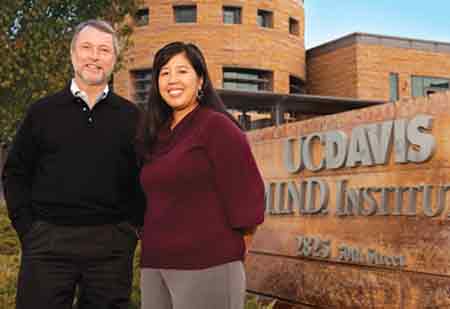 A kid growing normally may begin to experience impaired communication and social skills at a point of time, which presumably marks the onset of regressive autism. Exploring this issue further, scientists from the UC Davis Mind Institute have revealed that 3 year old boys suffering from regressive autism supposedly had larger brains, as compared to those who were unaffected.

Moreover, an important observation was that boys with early onset autism did not manifest larger brains, it was something apparently specific to boys diagnosed with repressive autism. As part of the investigation, about 180 children aged between 2 and 4 were enrolled. While 114 of them suffered from autism spectrum disorders (ASDs), the other 66 were control counterparts.

Out of the former group, about 54% were diagnosed with regressive autism while 46% encountered the non-regressive form. Using high end MRI scans, the children were examined at the age of 3. To gauge the brain growth before they touched 3 years of age, head circumference measurements were attained from pediatric well-baby visits right from 18 months of birth.

Reportedly, almost half of them experienced signs of regression and lost initially acquired communication skills in the process. The outcomes showed that a bigger brain size and speedy head growth occurred consistently in children affected by regressive autism.

Especially, at the age of 3 where kids with regressive autism seemed to have brains almost 6% larger than that of normally developing pals. Nearly 22% of boys as compared to 5% boys devoid of regressions, appeared to have larger brains. Presumably, girls did not show any kind of abnormalities in brain growth.

“Obtaining MRI scans in 3-year-old children without the use of sedation may seem quite challenging. But, by working closely with the parents, we actually were successful more than 85 percent of the time. Patience on the part of everyone and the dedication of the families was critical for our success,” specified Assistant Professor of Psychiatry and Behavioral Sciences Christine Wu Nordahl.

Most people believe that the enlargement of the brain took place when the child experienced regression. However, the results of this study showed that the process of brain enlargement supposedly began at 4 to 6 months of age itself.

This study is the first step towards defining sub types of autism as initiated by the Autism Phenome Project. It is published in the journal, Proceedings of the National Academy of Sciences Early Edition.