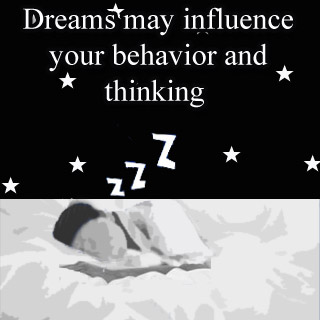 A new study says that while different psychologists differ on their interpretation of dreams, people continue to believe that dreams hold a deeper meaning. This statement holds true for all the people belonging to the different worldwide cultures.

More than 1000 people were surveyed about their dreams in six different studies. The study was authored by Carey Morewedge, an assistant professor at Carnegie Mellon University, along with Michael Norton, an assistant professor at Harvard Business School. In one study the investigators surveyed the general beliefs of people about dreams. They surveyed almost 150 university students from three different cultures. A majority of these students stated that they believed dreams revealed hidden truths about themselves and the world.

In the next study, the investigators wanted to evaluate how dreams affected a person’s waking behavior. More than 180 commuters at a Boston railway station were surveyed for this purpose. The commuters were asked to imagine that one of the four imaginary scenarios had occurred before a scheduled airline trip: they had dreamt about a plane crash; a high terrorist attack alert had been announced; they consciously thought about their plane crashing; or a real plane crash had taken place on their planned route. It was noticed that dreaming of a plane crash was the most likely option to influence a change in travel plans, as compared to the other scenarios. It was also noticed that dreaming of a plane crash produced the same levels of anxiety as an actual crash would produce.

In another study, the investigators surveyed more than 250 people in order to determine if they viewed all their dreams as equally meaningful, or their dream interpretations were influenced with their waking wants and desires. These people were asked to recollect a particular dream that they had had about a person that they knew. It was noticed that these people were more likely to remember a pleasant dream that they had about a person they liked, as compared to the person they didn’t like. It was also noticed that they were more likely to consider an unpleasant dream more meaningful if it was about an undesirable person.

The authors state that a more detailed research needs to be conducted in order to determine how people interpret their own dreams, and also under what circumstances their dreams may hold a deeper meaning.

Their findings are published by the American Psychological Association, in the Journal of Personality and Social Psychology issue.