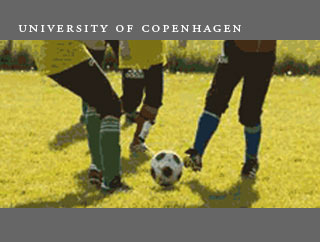 Here’s a tidbit that we’re certain will get soccer fans all charged up. Yes, its time to play healthy. A recent research experiment on inactive men with high blood pressure suggests that playing soccer for around 3 months twice a week may cause a considerable fall in blood pressure.

In addition to this, the research also found to drop the resting pulse rate and the percentage of body fat. It was further discovered to be seemingly more effective than the doctor’s usual advice on healthy diet and exercise. In other parallel experiments on both men and women, the scientists demonstrated a regular game of soccer to affect numerous cardiovascular risk factors as well.

This included maximal oxygen uptake, heart function, elasticity of the vascular system, blood pressure, cholesterol and fat mass. It was apparently far more than activities like maybe strength training and just as much if not more than running. These controlled randomized experiments compared the soccer groups to other exercise groups and inactive controls.

The soccer experiments are known to be part of a large-scale research project on soccer and health conducted by the University of Copenhagen, four Danish University Hospitals, the Swiss Federal Institute of Technology and the Schulthess Clinic in Zurich. They suggested that when untrained children, teens, adults and older people played soccer, their pulse rate remained high and they performed multiple intense actions like sprints, turns, kicks and tackles.

“Our research shows that soccer is a versatile and intense form of exercise that provides a positive effect on cardiovascular risk factors in a large group of untrained adult men and women,” remarked project leader and Associate Professor at the University of Copenhagen Peter Krustrup. “Based on the results, soccer can be recommended as part of the treatment for high blood pressure and as broad-spectred prevention of cardiovascular diseases.”

“Our analyses also showed that the pulse rate and activity profile is the same in small-sided games where only 4, 6, 8 or 14 people play. In other words, it is very easy to obtain a combination of cardio and strength training with soccer,” he concluded

According to research partner Lars Juel Andersen from the Clinic of Sport Cardiology at Gentofte Hospital, Denmark, the results could mean good news for millions of people worldwide suffering from high blood pressure.

He shares, “It is well known that physical inactivity is a substantial risk factor in developing cardiovascular diseases in itself, but it is new that a pleasurable team sport like soccer is effective in treating high blood pressure”.

Moreover associate professor Peter Riis Hansen from Gentofte Hospital is of the opinion that football may have other favorable effects on the vascular system as well. These were named as reduction of arterial stiffness, which seems to have been linked with better cardiovascular outcomes.

Apparently the researchers reveal specific plans that should help them examine the effect of soccer on other patient groups like people with diabetes II and cancer. A follow-up analysis of the long-term effects of soccer on high blood pressure and preliminary stages of osteoporosis is also being planned. The cardiovascular and muscular-skeletal effects of soccer and other ball games such as basketball, handball, volleyball and floorball on inactive and overweight children and inactive elderly people will additionally be studied by an international network of researchers. The planned collaboration from among others will comprise of experts from England, Italy, Portugal, Switzerland, Germany, Norway, Sweden, USA, Kenya and Iran.

Reason for why one way of learning appears better than another