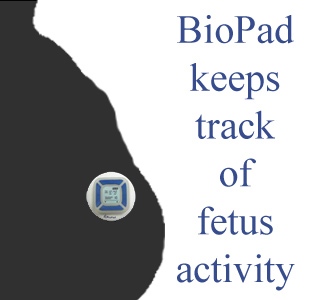 Being passive, the device does not release any harmful radiation which may pose a threat to the infant or the mother. The product, which temporarily carries the company’s name, is a non-invasive device which boasts of keeping a precise check on the fetal activity from the 24th week of pregnancy to birth. The activity data of the fetus is stored in the device so that the mother can browse through her infant’s activity and movement trend at a later date. This data can also be downloaded through an USB port or emailed by the mother or her physician to a desktop directly from the device itself.

Professor Eliahu Sadovsky, Hadassah Medical Center, Jerusalem, had conducted a research in the early seventies on the link between the reduction of fetal movement and stillbirth. After that period of time, innumerable researchers have supported the fact that fetal activity or movement is an accurate indicator of their well being. The straightforward user interface of this newly developed device is said to have been developed by assessing the usability studies conducted in the U.S. and Israel.

This product is a small electronic device which is placed in a non-woven, self-adhesive and disposable pad. This disposable pad is to be used thrice a day starting from the recommended week of pregnancy. Expecting mothers are to place this device on their abdomen for about 20 minutes each time.

Expecting mothers are recommended to keep a check on their fetus’ well being by counting the kicks in a particular period of time. To aid mothers, this device may soon be converted in to an over the counter product.