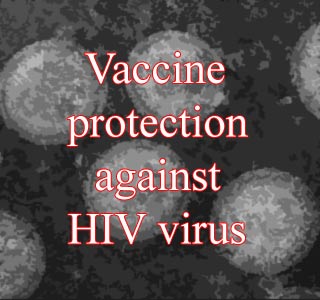 HIV has plagued the human civilization for quite a few years now. In spite of having developed various novel approaches and treatments for this disease, it still remains a mystery to a certain extent.

A latest research has come up with a new approach to curb the disease from spreading. They suggest the use of vaccines in the initial stage of HIV, to accurately aim at the deadly virus in order to stop it from replicating. This research was conducted by the researchers at the Vaccine and Gene Therapy Institute, Oregon Health & Science University.

Louis Picker, MD, associate director of the Vaccine and Gene Therapy Institute, Oregon Health & Science University, says that, “HIV appears to be vulnerable when it is first introduced into mucosal surfaces in the body. However, once HIV spreads throughout the entire body, it replicates very rapidly and becomes difficult if not impossible to control. Our approach is to attack during this early period of vulnerability. The approach is similar to that of a homeowner who sprays their house with water before sparks land on the roof. This approach can prevent the roof from catching fire and, in the case of HIV, prevent the spread of the virus.”

A vaccination method was employed which involved creating and maintaining resistance by programming a portion of the body’s immune system to look for HIV in the infected area. In order to verify whether they could in fact program the immune system in such a way, the researchers made use of a monkey model of AIDS, simian immunodeficiency virus. At the Oregon National Primate Research Center, about 12 rhesus macaque monkeys were vaccinated in this method.

The researchers introduced an altered monkey form of cytomegalovirus, which was programmed to trigger the effector memory T-cells to look for and attack the simian immunodeficiency virus in its initial stages. On infecting the animals with this virus, it was noticed that about one third of the vaccinated monkeys were protected. Following which the researchers are trying to figure out why out of all the vaccinated monkeys, only a selected few reacted to this methodology.

The researchers hope to study a larger number of subjects in order to better analyze the success rate of the new methodology.

Their findings are published in the Nature Medicine journal.