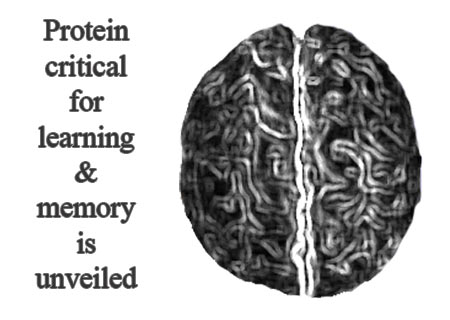 A breakthrough discovery may make treatments for learning and memory defect possible. They state that the absence of a particular type of protein may be credited for learning disabilities. This research was conducted by the researchers from The Hospital for Sick Children (SickKids).

They have discovered that the Neto1 protein is found to be very essential for memory and learning in mice. It was also learnt that this particular protein is a key component of synapses, which are specialized points through which neurons signal to each other about brain activity allowing it to learn things.

The researchers, by genetically manipulating mice to be deficient in Neto1 protein, noticed a decline in their learning ability and also in the way their synapses adapt to brain activity. The cognitive ability of these mice was then compared with those of normal mice. It was noticed that the genetically engineered mice spent a larger amount of time learning new skills as compared to normal mice.

In order to verify if the disability of these mice could be improved, the researchers gave the protein lacking mice a drug that is presently being used for patients with Alzheimer’s disease. It was noticed that this drug restored the learning defects in these mice back to normal.

Researcher, Dr. Roderick McInnes, SickKids Senior Scientist, Professor of Pediatrics and Molecular Genetics, says that, “Neurologists and neuroscientists have always tended to think that if the brain is abnormal at birth, nothing can be done to improve intellectual function, and that special education was virtually the only assistance available. Our findings, and other research over the past five years, suggest that the situation is more hopeful. It is no longer a fantasy to think that drug treatment might, in the future, be available for such patients.”

Having said this, it is also stated that it’s early to treat patients having intellectual disabilities with this particular treatment. The potential negative effects of this treatment could be disordered thinking, emotional disturbance, etc. They state that these effects can’t be completely assessed only through animal studies.

Their findings are published in the current issue of PLoS Biology.