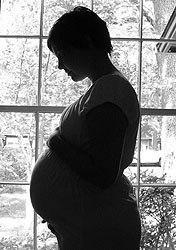 The issue has people who are ‘for’ and against the idea. It has divided experts in Britain and the United States. In the UK, the Foods Standards Agency simply recommends that mothers should avoid shark, swordfish and marlin, and restrict intake of tuna. Contrary to this, the official U.S. Government advices pregnant women to limit consumption of all seafood to 12 ounces per week, in order to protect the unborn child from traces of methyl mercury, which can affect brain development.

The new research into children’s behavior and intelligence suggests that instead of protecting the unborn baby, women who follow U.S. advice or cut fish out of their diet totally may be depriving the unborn with the vital nutrients that the developing brain needs – and therefore maybe unintentionally harming their children.

The findings come from a study of almost 9,000 British families taking part in the Children of the 90s project at the University of Bristol. The lead researcher, Dr Joseph R Hibbeln from the U.S. National Institutes of Health, and the Bristol scientists compared the amount of fish eaten by pregnant mothers with the development and behaviour of their offspring up to the age of 8.

Dr Hibbeln quotes abundant substantiation that seafood is the chief dietary source of long chain omega-3 fatty acids, which are vital for development of the nervous system.

Women from socially-advantaged backgrounds were more likely to include fish in their diet. But even after adjusting for 28 different factors – such as social class, or whether the mother breastfed – there were significant differences in the children’s development.

Mothers who ate more seafood than was considered to be safe according to U.S. guidelines, had children who:

Conversely, the less fish the mothers ate the more likely the children were to perform poorly in these areas. For example, those children whose mothers had eaten no fish were:

when compared with children of women who ate more than the U.S. guidelines advise.

Dr Hibbeln maintained, “We have found that when women had low levels of seafood consumption, the outcome is exactly the opposite of what was assumed by the United States Advisory.

“Unfortunately, the advice appears to have had the unintended consequence of causing harm in a specific developmental domain – verbal development – where protection was intended,” he added.

National Fisheries Institute (NFI) President John Connelly said, “We encourage FDA to take into account the latest scientific evidence from this robust study that further supports what has already been established by many academic researchers — nutrients found in seafood are crucial to proper childhood development and women should be further encouraged to eat a variety of fish at least twice a week.”

Sweeteners may increase waistlines in humans and glucose levels in mice