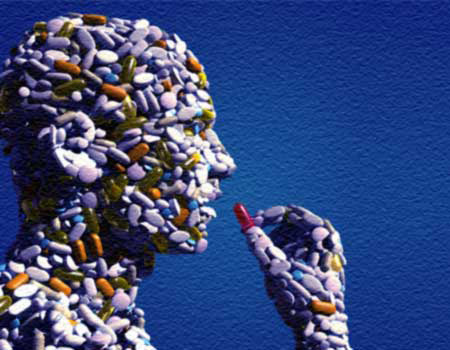 A newly conducted study has found a link between vitamins and micronutrient supplements which lower the risk of recurrence of TB during TB chemotherapy. This study has been published online in the June 1 issue of The Journal of Infectious Diseases.

Eduardo Villamor, MD, DrPH, of the Harvard School of Public Health in Tanzania carried out a study with a team of his researchers. The researchers conducted a randomized trial of micronutrients by using doses of vitamins A, B-complex, C, E, and selenium or placebo. The tuberculosis therapy was received by 887 patients for a period of 43 months; 471 patients were HIV-co infected who did not receive antiretroviral therapy and 416 patients were HIV-uninfected.

In the study, both HIV-infected and uninfected patien,ts with pulmonary TB who received the supplements had a decreased risk of TB recurrence. The recurrence of TB declined over a period of time through the supplementation: 45 percent overall and 63 percent in HIV-infected patients. The micronutrient intake also reduced the possibility of occurrence of peripheral neuropathy by 57% whether HIV infected or un-infected. The supplementation even increased the levels of CD3 and CD4 cells which are important for immune response in HIV- uninfected patient.

Eduardo Villamor of (HSPH) said “We found that providing micronutrients to patients with tuberculosis who were undergoing anti-TB treatment appeared to decrease the risk of recurrences. This effect was stronger in patients infected with HIV than in those who were HIV-negative. This could be relevant because TB reactivation is common among HIV-infected persons.”

“That it will be important to find out whether micronutrients improve the outcome of TB treatment in TB-HIV co-infected patients who are undergoing antiretroviral therapy,” added Eduardo Villamor.

In the editorial Christine Stabell Benn, MD, and colleagues in Copenhagen have noted that the present results of TB recurrence and mortality are incoherent, the previous studies have used different dosages and combinations of micronutrients.

Dr. Stabell says that the Villamor study would prove to have effective results but this study needs to have further research in developing optimal combinations of micronutrients. The patients could also use the TB therapy with less expenditure so that there is no further deterioration in their health conditions by increasing the survival rates.