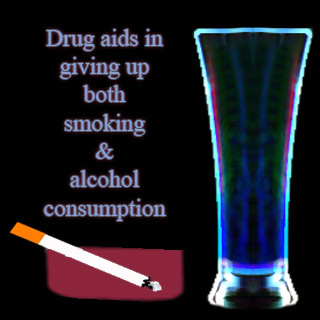 According to a novel study, a drug that aids in quitting smoking may also have the ability to help heavy alcohol drinkers consume lesser alcohol. This study was conducted by the Yale School of Medicine.

Alcohol and tobacco induced diseases are said to be the leading cause of death in people. People who smoke are very likely to even consume alcohol, in addition to smoking cigarettes. This increases their likelihood of potentially suffering from alcohol related disorders by four times.

This particular drug could be very useful for helping people suffering from both disorders to abstain from both smoking and alcohol consumption. The varenicline drug or Chantix, is a drug that is prescribed to smokers to help them in quitting smoking. The study investigators demonstrated that after taking this drug the subjects who both smoke and drink heavily, appeared to consume lesser alcohol as compared to the subjects taking a placebo.

This particular drug did not appear to have any adverse effects when combined with low doses of alcohol. It didn’t seem to alter the heart rate or blood pressure, and it didn’t even result in the subjects feeling dizzy or nauseous.

Their findings are published online in the journal Biological Psychiatry.