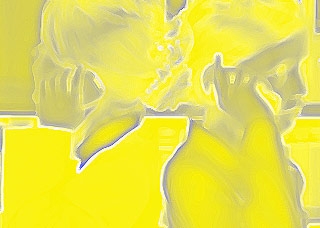 A mobile in your pant pocket could harm your fertility in case you are a man, keep it in your shirt pocket and you could increase you chances of a stroke, hold it too close to your ears and you could damage your brain, well we know what you are wondering, what next?

So here’s what next. A recent Swedish study by researchers at the University Hospital in Orebro shows that mobile phone usage among children and young adults ups their chances of developing brain tumour. They are five times more prone to developing the fatal condition.

Professor Lennart Hardell, lead author commented, “This is a warning sign. It is very worrying. We should be taking precautions. People who started mobile phone use before the age of 20 had a more than five-fold increase in glioma.”

The researchers suggest that children below 16 years of age are at most risk of the radiation from mobile phones as they have smaller heads and thinner skulls making the radiation penetrate deeper in to their brain. As the brains and nervous system of children are still in the developing stage, researchers say that especially children under 12 should use mobile phones only in case of an emergency. In addition, they suggest teenagers stay away from texting and use hands-free devices.

Another major revelation of this study was that the earlier an individual uses a cellphone, the higher the risk of developing brain tumour. As mentioned by the author, glioma is a cancer of the glial cells that support the nervous system. If the Cancer Research is to be believed then practically half of all primary brain tumours are gliomas.

Additionally researchers also indicate that those who use a mobile phone before the age of 20 are at an increased risk of five times of getting an acoustic neuroma. Though benign, the tumour can damage the auditory nerve and cause deafness.

While many scientists expressed doubt over the present study, the group involved in this study has urged the speeding up of the Mobile Telecommunications and Health Research (MTHR) Programme. Run in the UK, the program seeks to analyse the health of over 90,000 mobile phone users to assess the health issues involved.

The study was presented at London’s Royal Society by the Radiation Research Trust, an independent organisation that campaigns for further investigations into the possible dangers of electromagnetic radiation.