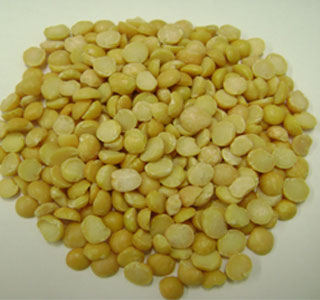 There are many people, including children who may be terrified when they are asked to eat foodstuffs made out of garden peas. There may be numerous ways and excuses that they may have used to avoid consuming these peas. However, they may change the way they perceive these garden peas, once they know what a latest study has stated about these peas. The study has stated that the proteins from these garden peas may actually be useful in keeping a check on high blood pressure and fighting against chronic kidney diseases. This revelation was made by the experts in Canada.

This is said to be the first study of its kind to have highlighted the capability of a natural food product in relieving the symptoms of chronic kidney disease (CKD). For the purpose of the study, the investigators have mainly focused on yellow garden pea.

Study presenter, Rotimi Aluko, PhD, food chemist, University of Manitoba, Winnipeg, Canada, says that, “In people with high blood pressure, our protein could potentially delay or prevent the onset of kidney damage. In people who already have kidney disease, our protein may help them maintain normal blood pressure levels so they can live longer.”

For the purpose of the study, the investigators were said to have purified a mixture of small protein from the yellow garden pea. These small proteins are called the pea protein hydrolysate. This mixture was said to have been fed daily in small doses to laboratory rats suffering from kidney disease.

After a follow-up period of eight weeks, a 20 percent drop in blood pressure was found in the rats fed with this protein mixture, as compared to the rats on a normal diet. To this, Aluko says that, “This is significant because a majority of CKD patients actually die from cardiovascular complications that arise from the high blood pressure associated with kidney malfunction.”

The investigators further stated that consumption of yellow peas in their natural state may not succeed in producing similar results as the purified protein extract. The differing results were explained by stating that peas in their natural form contain these potentially beneficial proteins in their inactive state. For the purpose of activating these proteins, they are said to have been treated with particular enzymes.

Based on these findings, the investigators hope to soon conduct similar tests on human subjects suffering with mild hypertension. They state that, if these findings show any promise, these extracts may be introduced in the consumer market within the following few years.

Their findings were presented at the American Chemical Society’s 327th National Meeting.

Pregnant? Do not avoid exercise