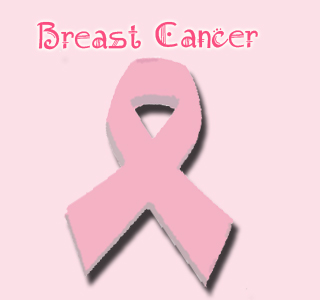 According to a new research, two new regions of a genome that may alter a woman’s risk of breast cancer have been found. It is believed that this could assist doctors in formulating right decisions regarding prevention, diagnosis and treatment of women who have higher odds of getting breast cancer. This research was conducted by the Cancer Research UK scientists.

Breast cancer is said to be the most commonly occurring type of cancer in the UK. It has been estimated that more than 45,500 new cases of breast cancer are detected every year.

It has also been stated that the other genetic region identified by the researchers may reduce the risk of developing breast cancer by about 4 percent in the women carrying one faulty copy and 11 percent in those women with two faulty copies of the gene.

Therefore, the researchers believe that in many cases, faulty genes may increase the risk of acquiring cancer. However, having said that it was also mentioned that in some cases a mutation may decrease the risk of developing this type of cancer.

Professor Doug Easton, director of Cancer Research UK’s Genetic Epidemiology Unit at the University of Cambridge, says that, “These two new genes bring us closer to developing a better test to identify women who are at a high risk of developing breast cancer, but there are still many more pieces of the genetic puzzle to find.”

The researchers have said that the risk of developing breast cancer may be influenced mainly by factors related to lifestyle. In addition to this, even inherited factors are believed to play an important role in determining an individual woman’s risk of acquiring this disease.

Dr. Lesley Walker, director of cancer information at Cancer Research UK, says that, “This study brings us a step closer to creating a powerful genetic test for breast cancer.”

This research could be of great help in identifying the women with the likelihood of developing breast cancer. This research could also prove to be useful to doctors, who can in turn take calculated decisions in preventing the development of cancer.

This research was published in the journal Nature Genetics.

Hospitalization could take place at all ages, report on H1N1 cases...