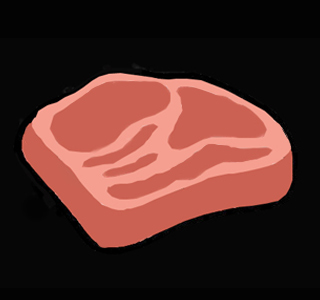 It is already known that the excess consumption of red meat may not be very healthy. Now, new evidence has been found that supports this view. According to a recent study, individuals who consume more red meat and processed meat seem to have a moderately higher risk of death from all causes, including cancer or heart disease. On the other hand, a link is also said to have being administered between the higher intake of white meat and a somewhat decreased risk of experiencing death from the above mentioned causes. These results were said to have been noticed over a period of 10 years. This revelation was made by National Cancer Institute.

Rashmi Sinha, Ph.D., at the National Cancer Institute, Rockville, Md., and colleagues evaluated this link between the consumption of meat and the fatality risk among the participants in the National Institutes of Health-AARP Diet and Health Study.

Additionally, one-fifth of the participants who ate the most white meat were compared to the one-fifth who ate the least white meat. It was also revealed that the former had a somewhat lower risk for total death, death from cancer and death from various other causes besides heart disease or cancer.

The study investigators have explained that, “Meat intake varies substantially around the world, but the impact of consuming higher levels of meat in relation to chronic disease mortality [death] is ambiguous.”

It has further been said that there may be many methods by which meat may be linked with death. They further state that cooking meat under high temperatures may cause cancer-causing compounds to form. In fact, saturated fat, which are said to have been linked with breast and colorectal cancer, are also said to be present in meat. The benefits of consuming less meat are said to consist of a decrease in the risk of developing heart disease, including lower blood pressure and cholesterol levels.

It is believed that the obtained results indicate that a reduction in the consumption of red and processed meat may bring about a decrease in the occurrence of cancer.

This study was published in the Archives of Internal Medicine, one of the JAMA/Archive journals.