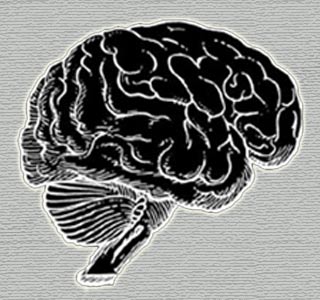 Criticism tends to affect people in many unexpected ways. A recent study is believed to have made a startling revelation. The brain pattern of a person who was formerly depressed seems to be different from that of a healthy individual who has never been depressed. These changes in brain patterns were noticed when these people were faced with their mothers’ criticisms. This study was conducted by the faculty of Arts and Science in the Harvard University.

These participants were made to listen to a 30 second audio recording of their mother’s remarks. It is believed that the participants then had to record their mood on a scale of 1 to 5 after hearing these remarks.

Although the responses given by all the participants were said to be similar, the results from the functional magnetic resonance imaging scanner seemed to be very different. It is believed to have occurred because individuals, who had never been depressed, showed an increased activity in that part of the brain which dealt with cognitive control of emotions. Quite contrary to this, the results claimed that the formerly depressed individuals did not show any activity in this area; however they showed an increased activity in the amygdale part of the brain.

Lead author, Jill M. Hooley, professor of psychology, Faculty of Arts and Sciences, Harvard University, stated that “When these formerly depressed participants are processing criticism, some brain areas thought to be involved in emotion regulation are less active, and the amygdala is actually more active, compared to the healthy controls,” Hooley continues that, “We know that this is not linked to them being symptomatic now. These findings tell us that even when people are fully recovered from an episode of depression, their ability to process criticism is still different – and probably not in a good way.”

The study experts seemed unsure if the activities within the brain system are caused because of a depressive episode or if it existed even before that. The investigators stated that criticism was an important part of the study, as living in a critical family environment may increase the chances of experiencing a relapse.

It is stated that the study was done in a set pattern, overseeing that the formerly depressed individuals were not put in a potentially risky situation. The experts claimed to have ensured that the remarks were not very strong and were statements that the mothers had previously voiced, although some of the praises were new to them. The mothers seemed to have criticized their daughters on topics like body piercing, tattoos or for being inconsiderate etc.

The study appears in the journal Psychiatry Research: Neuroimaging.