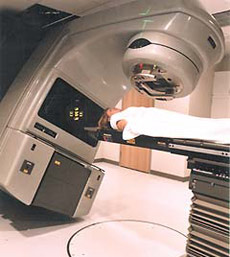 A teenage British cancer patient who was given a huge overdose of radiation in hospital has died, health officials said. Lisa Norris, 16, was given 17 overdoses during treatment for a brain tumour at Glasgow’s Beatson Oncology Centre in January.

Human error was blamed for the overdoses, which left Norris with burns on the back of her neck and head. The teenager had been warned that the consequences could include long-term brain damage and premature death.

Professor Sir John Arbuthnott, chairman of the National Health Service Greater Glasgow and Clyde health board, which is in charge of the hospital, said staff were “extremely upset” at news of the death, adding he had conveyed his condolences to the family.

The girl’s father, Ken, said “We remain convinced it was the overdoses that did this, not the cancer.” The teenager died Wednesday, surrounded by her family.

In the past 20 years, there have been 14 cases of radiation overdoses at the Beatson, which is Scotland’s largest cancer centre and has carried out at least 29,000 courses of radiotherapy treatment since 1985.