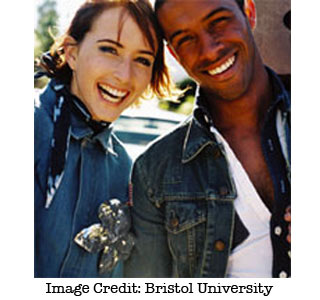 Source of happiness may be differently defined by different people. Some may gain happiness from monetary factors, whereas spending time in nature may be enough to make some one else happy.

Now even a research has been conducted, which states that having good health and living with a partner could be the main source of happiness for young people. This interesting revelation was made by the researchers from the Department of Sociology in the University of Bristol.

These observations were made by evaluating more than 1,000 young adults, aged from 20 to 34, in Bristol. For the purpose of determining the key source of happiness for these young adults, the researchers considered various factors like work, health, home life, relationships, etc.

The researchers noticed that the chief source of happiness for these people was having a good health and living with a partner. Besides this, it was also stated that those who were happy and content with their professional life were more likely to be happier about their life in general. Basically, a feeling of having control over one’s life seemed to be one of the main factors in determining the level of one’s happiness.

Women having a good home life were observed to be happier with life. In fact, it was also found that having a university degree could hamper the level of satisfaction felt at work, as compared to those men who didn’t have a degree.

Certain factors that were said to influence the happiness of men seemed to outweigh the level of happiness felt in women. These included factors like job security and the influence of education on how men feel about their job. In contrast to this, income was found to be a crucial factor in determining job satisfaction, which was common to both men and women.

Dr. Nabil Khattab, Department of Sociology, University of Bristol, says that, “One of the important findings of this study is that money is not what makes us feel happy or not, so that during times of economic recession, when many people are losing their jobs and unemployment is increasing, we would not anticipate a dramatic fall in the level of life satisfaction (overall happiness), at least not in the short term, especially if they are able to maintain a good sense of control over life.”

It was also stated that people may find various other sources of happiness much more crucial, when they don’t give foremost importance to their work. These findings hint at the possibility that as compared to men, women didn’t seem to perceive work as a crucial source of happiness. However, it does not mean that career is not important to women. It merely suggests that women may have more than one preference in their life, i.e. they may have more than one priority in life.

These findings have made another astounding suggestion that living with a partner and having an over all sense of control over life may overshadow or balance the threat of job security or unemployment in these young adults.

These findings have been published in Sociology.