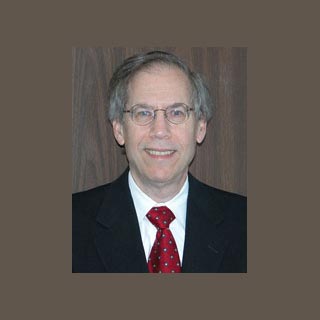 This news may particularly interest individuals suffering from type 2 diabetes. A novel research by experts at the Saint Louis University offers hope for patients with type 2 diabetes. Apparently, the outlook for individuals having type 2 diabetes along with coronary artery disease may not be as bleak as earlier believed. The scientists are supposedly all set to offer improved prognosis for such patients.

As part of Bypass Angioplasty Revasularization Investigation 2 Diabetes (BARI 2D) trial, researchers tried to test how dangerous heart disease could be in people with type 2 diabetes. They intend to recognize the best treatment options for these patients while also identifying the need of artery revascularization via an angioplasty procedure or bypass surgery.

“Our research found that people with type 2 diabetes and heart disease have a more favorable prognosis with proper medical care and management of risk factors, including cholesterol, blood pressure, high blood sugar levels and smoking than previously thought,” remarked Bernard R. Chaitman, M.D., professor of medicine and cardiologist at Saint Louis University School of Medicine and a lead investigator of the study. “This goes against common beliefs among many physicians that these patients die most commonly of cardiac causes and gives us a lot of hope.”

2.368 participants were followed for five years to better understand this criterion. While the participants received treatment recommended by their physician, they also underwent an intensive medical therapy. The therapy included medication for cholesterol, blood pressure, diabetes, and lifestyle changes such as weight management and smoking cessation counseling.

In the course of the research, experts discovered that people who had mild to moderate coronary heart disease and who were treated with intensive medical therapy alone had apparently lowered their chances of dying from a heart problem after five years. This was supposedly true in comparison to individuals who had an angioplasty procedure. 4 to 5 percent of these patients after a period of five years appeared to have died from heart attack or related heart disease.

However the case was a little different for individuals with more extensive heart disease. For such patients coronary bypass surgery along with intensive medical therapy considerably lowered the risk of heart attacks and cardiac-related deaths. Within five years 16 percent who underwent bypass surgery either died or had a heart attack as against 22 percent of patients who solely received intensive medical therapy.

Chaitman is of the opinion that people who have more severe and extensive coronary blockage have a higher likelihood of experiencing a heart attack without prompt bypass surgery. As compared to individuals without a heart attack, the risk of death is augmented by nearly five to eight times due to heart attack.

“Our primary goal always is to prevent heart attacks from occurring; however, our research found that angioplasty is not always necessary in preventing a heart attack or cardiac-related death just because a blocked artery is present. Patients with type 2 diabetes and heart disease need to have a frank discussion with their doctors about their treatment options and what’s best for their individual case,” Chaitman further mentioned.

This new research should offer a ray of hope to individuals who could be suffering from both type 2 diabetes and heart disease.

The research published in Circulation, the Journal of the American Heart Association.