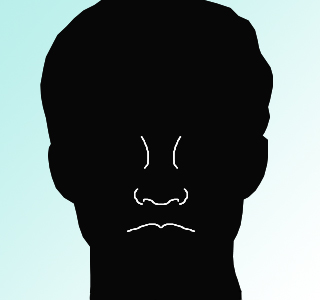 A face can speak a thousand words is a famous saying, but it sure can leave psychological traumas for the ones whose face gets damaged or injured due to accidents. Thanks to the miracles of the medical world, the ones with such injuries can wipe off their scars both mentally as well as physically.

Recently, a partial facial transplant which was only the second of its kind to be performed in the U.S. was carried out. This facial transplant was conducted by the surgeons at Harvard-affiliated Brigham and Women’s Hospital. It has been stated that the surgery took around 17 hours to complete.

The operation was said to be a complicated and a challenging one. It was said to involve restoring the entire mid-area of the face. The skin, the nose, hard palate, upper lip, the muscles and the nerve which allow it to feel and move; were all replaced. The patient reportedly chose to remain anonymous. The doctors kept details that might identify either the recipient or the donor confidential. All they revealed was that the patient had undergone an injury that caused the loss of the bony structures in the mid-face, including the nose and the hard plate. It has been stated that the patient’s injury had almost cost him his ability to eat and drink and also affected the quality of his social interactions. Luckily, the condition was not life-threatening.

Bohdan Pomahac, the Brigham plastic surgeon who led the surgical team and an assistant professor of surgery at Harvard Medical School says that, “It is really difficult to live without a major part of your face. This is not life-saving, but it is a life-giving procedure.”

Apparently, the first partial face transplant was conducted by the French surgeons in 2005. This transplant was performed on a woman who had been attacked by a dog. After that initial success, only a handful of similar transplants have been conducted worldwide.

In preparation for the surgery, leaders of the Brigham team went to France to interview the first partial face transplant recipient. Isabelle Dinoire, the recipient, initially called the transplant as “the face”. However, as the surgery healed and she began to feel sensations, she accepted it as her own. She reportedly never had any regrets of going through the operation.

It has been stated that a team of seven plastic surgeons, one ear, nose and throat surgeon, as well as nurses, anesthesiologists, and residents conducted this operation. Two operating rooms were used during the first six hours of the operation. The doctors removed the donor’s tissue and prepared the recipient to accept the transplant simultaneously.

Then, the doctors painstakingly connected nerves, blood vessels, muscles, and other tissues in order to join the donor’s tissue to the recipient. Pomahac said that the underlying bone structure of individuals is different and recipients of such transplants rarely look like the donor. Around 60 percent regain their prior appearance.

Pomahac said that the surgery necessitates that the recipient take a lifetime of anti-rejection drugs. This is done in order to ensure that his/her body does not reject the grafted tissue as foreign. The recipient will need to go through both physical and psychological therapy as he/she heals. Currently, there are a few questions regarding the surgery to which no answers exist. One such question that remains unanswered is about the long-term prognosis of the surgery, as the first facial surgery was conducted only in 2005.

During a news conference held to credit this surgery, everyone involved in the surgery including donor and recipient were thanked for being a part of this pioneering endeavor.