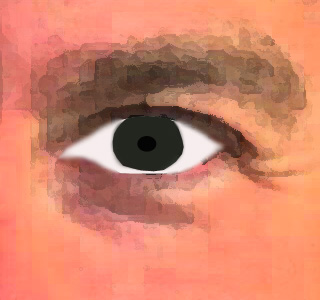 In a new study, patients with a rare, blinding eye disease known as autoimmune retinopathy (AIR) were given drugs to suppress their immune systems as a part of an experimental treatment. They consequently experienced improvement in their vision.

Autoimmune retinopathy is difficult to diagnose and the need of the hour is to find biologic markers that identify patients who can benefit from the treatment. This study was conducted by the University of Michigan Kellog Eye Center.

Autoimmune retinopathy is a disease where antibodies attack the retina. This leads to progressive vision loss and eventual blindness. Autoimmune retinopathy is similar to other autoimmune diseases, where the immune system gets affected and the healthy tissue becomes prone to attacks. Various combinations of immunosuppression medications were given to the patients in the current study. This was done to work against the unwanted autoantibodies from the immune system.

“It is not easy to identify patients with AIR because the clinical symptoms are very similar to other diseases involving retinal degeneration,” says John R. Heckenlively, M.D., author of the report and an international expert on retinal dystrophies.

Quite often these patients are diagnosed as having retinal pigmentosa, a blinding eye disease for which there is no treatment.

“When someone asks how to distinguish one group from the other,” adds Heckenlively, the answer often is “with difficulty.”

“We do not yet have a single test to confirm a diagnosis of AIR,” explains Heckenlively. “However most patients have characteristic symptoms and findings, as well as subtle abnormalities on electrophysiologic testing. All patients have anti-retinal antibodies on blood testing, but that finding alone is not diagnostic. The majority of cases have other family members with autoimmune disorders. A clear diagnosis of AIR relies on carefully weighing all these factors,” he concludes.

A review was conducted on around 30 patients with autoimmune retinopathy. It was found that 21 of the patients experienced some improvement after receiving treatment with immunosuppression therapy. This study is said to be the largest review of autoimmune retinopathy cases to date. To gauge whether there was any improvement in vision, some measures were taken into consideration such as the ability to read two additional lines on the standard eye chart or expansion of at least 25% in visual field size.

John R. Heckenlively says that the results from this study pose a challenge for the commonly held opinion that autoimmune retinopathy is untreatable.

It was observed that autoimmune retinopathy treatment has few reports available in scientific publications. This is largely because of a difficulty in establishing a diagnosis for the disease. Another observation was that many patients could be under-treated, since good markers to evaluate the treatment effects were not available. Although it has been discovered that immunosuppressant drugs work, more studies are needed to find which medications will actually be effective in treating autoimmune retinopathy.

The study was published in the journal Archives of Ophthalmology.