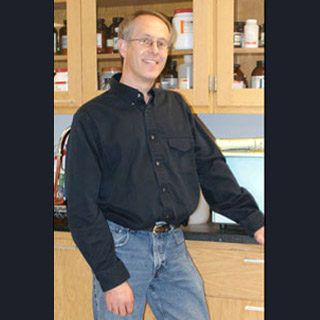 Are you amongst those people who feel a little guilty when you bite into that cold and delicious scoop of ice cream? All of the fat and calories seem to taste great even when you know you should really be eating broccoli. Ice cream researchers at the University of Missouri, who have been making ice cream tastier for more than a century, are presently working to make ice cream into a functional food. Apparently, this will be possible by adding nutrients such as fiber, antioxidants and pro-biotics to premium ice cream.

Adding nutrients such as pro-biotics, which are already found in some dairy products, and fiber to ice cream may perhaps improve digestive health. Gruen claimed that many diseases appear to have been caused by inflammation that begins inside the intestines.

“The idea of putting a functional ingredient into a food instead of just using the nutrients found in the food naturally takes a multi-functional approach. Food provides calories and comfort – people want to indulge. We’re working on making ice cream satisfying and healthy,” says Ingolf Gruen, MU professor of food chemistry and ice cream researcher in the College of Agriculture, Food and Natural Resources.

“Our major challenges are texture, flavor and psychological acceptance. The nutrients we add often have bitter tastes and affect the texture of ice cream that we have to mask. Flavors like chocolate are easier to work with because the flavor is so strong that it can overcome other flavors from the nutrients. Another challenge is determining whether people would be upset that we’re ‘tampering’ with a comfort food. We need to know if they would be more willing to pay for ice cream with added nutritional benefits,” elucidates Gruen.

Gruen along with his research team are believed to be thinking of using the açai berry and remnants from grapes in wine-making in order to add nutrients to ice cream. They anticipate in having a sample ready for tasting in the next six months.

MU has a long history of ice cream research that dates back to the 1920s. William Henry Eddie Reid, professor emeritus of dairy manufacturing, and graduate student Wendell Arbuckle was known to have started the program by examining the texture of ice cream.

In the 1960s, Robert Marshall, professor emeritus of the Department of Food Science and Nutrition was noted to have begun studying ways to make ice cream in order to meet the nutritional needs of consumers.

Apparently, this work led to pioneering research of low-fat ice cream. Researchers found that replacing milk fat with ingredients made from carbohydrates and proteins seems to have created low-fat frozen desserts that were similar to high-fat desserts. Also, the ice cream industry adapted those formulas to create the ice cream we all consume today.