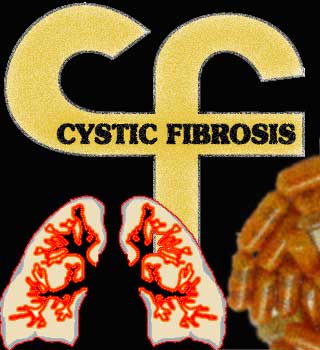 Cystic fibrosis (CF) is caused to due to a defective gene and presently has no cure. A major step forward in the treatment of people with CF is a new drug therapy. The good news is that the experimental drug is actually proving effective in the treatment of the genetic disease.

For people with CF, the defective gene causes ducts and tubes in the body to get blocked by thick and sticky mucus. With the mucus affecting the lungs, pancreas, the intestines, the liver and the reproductive organs, the most common and identifiable symptom of CF is ‘salty sweat’. This is caused due to the failure of the sweat ducts to reabsorb salt.

Developed by Vertex Pharmaceuticals, the new drug therapy, VX-770, has been found to hold promise for cystic fibrosis patients. According to Dr David Sheppard from the University of Bristol, initial results of the drug therapies, which target defects at the root of the disease, have the potential to greatly improve the quality of life of CF patients.

Rosie Barnes, chief executive of the Cystic Fibrosis Trust, commented, “The development of VX-770 is very encouraging for people with CF with a specific mutation of the CF gene – about 6% of those with CF in the UK. The CF Trust warmly welcomes any advances in the understanding and treatment of this terrible disease.”

While the defective gene is known to wreck up a protein called CFTR, the new research is hopeful to find ways to restore the function of the destroyed CFTR protein. The transport of chloride and other ions across cells is highly affected by defects in the CFTR protein.

Early clinical tests of the novel drug were encouraging. Carriers of a genetic defect known as G551D were tested with the drug. The concentration of salt in the sweat of patients who received 150 mg of the drug twice a day was found to have reduced by almost 50%. In addition the results reveal improvement in the lung function by 10%.

Presently existing treatments only ease the symptoms and there is no real cure for CF. Currently one in 25 people in the UK is a carrier for a defective CF gene. Though carriers don’t really run a risk of developing CF, they pass it on to their children. The number of people with CF is around 8000 in the UK

Early trial results were presented at the BA Festival of Science.