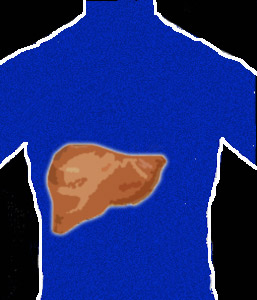 People addicted to alcohol may find it very difficult to overcome from this addiction. Heavy alcohol drinkers, due to this addiction, usually have to bear its consequences in the form of the development of various diseases. But all hope is not lost, according to a latest study. If the study conducted by the University of Southampton is to be believed then there is hope for such people. The study experts have stated that people suffering from alcohol-related liver diseases could have a chance of better survival by abstaining from alcohol.

It has been reported that such alcohol-related cirrhosis quietly take place in an individual. However, this potentially fatal disease is usually accompanied by jaundice or internal bleeding. It was also stated that one problem which exists is that some people suffering from alcohol-related cirrhosis usually succumb to their death before they get a chance to abstain from alcohol.

Therefore, this study was believed to have been conducted with the main target of evaluating the results of pathological severity of cirrhosis on the rate of survival of such patients suffering from alcohol-related cirrhosis. For this purpose, the study investigators conducted an analysis on the liver biopsies of about 100 patients. The biopsies of these patients were rated accordingly on the severity of the cirrhosis.

“These findings illustrate the critical significance of stopping alcohol intake in alcohol-related cirrhosis, but unfortunately the services needed to help these patients stay alcohol-free simply do not exist in many parts of the UK,” says Dr. Sheron. “This study clearly confirms the common-sense knowledge amongst hepatologists that the single most important determinant of long-term prognosis in alcohol-induced cirrhosis is for the patient to stop drinking.”

Dr. Sheron continued by saying that, “At the most simplistic level, the successful management of alcohol-induced liver disease comprises two components; firstly to keep the patient alive long enough for them to stop drinking and secondly to maximize their chances of continued abstinence. A third and vital objective at a public health level is to prevent people developing alcohol-related cirrhosis in the first place. If we are to reduce liver mortality it would seem important to encourage and support patients to stop drinking, and to address the public health aspects of alcohol-related liver disease.”

Thus, the study investigators have concluded that it is never too late to give up alcohol consumption. Even in the cases of severe degree of alcohol-related cirrhosis on biopsy, abstinence from alcohol may help in improving their survival rate. Another crucial element that was discovered was that the early drinking status of these people could be the deciding factor in verifying the long-term survival of a patient suffering from this disease.

Their findings have been published in the Addiction journal.