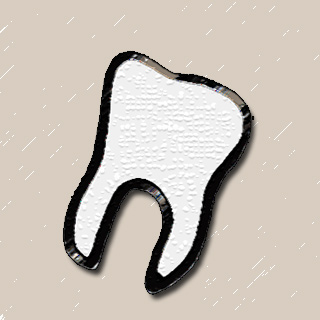 Nowadays, many people bleach their teeth, with the hope of enhancing the color of the enamel of their teeth. However this method of whitening the teeth is said to have its share of side effects. Now, a new study has demonstrated that the application of several products at home for this purpose, results in the loss of the hardness of tooth enamel. This discovery could further lead to the development of new re-formulated products in order to reduce the occurrence of such side effects. This study was conducted by the College of Dentistry, Ohio State.

Enamel is suitable for the protection of teeth as it is believed to be the hardest structure in the human body. But certain products and even vigorous brushing can cause abrasions in the enamel. Therefore it is important to find ways to ensure that the damage to this part of the tooth is reduced. Enamel is said to almost be completely inorganic and translucent. It appears yellow in most set of teeth, as it reflects the color of the dentin underneath, which is stated to be naturally yellow in color.

It has been noted that if the amount of lost enamel calcification is small, then the teeth can usually restore its previous hardness. But this is the first study to reveal on a nanometer scale, the process of how human teeth are affected by the usage of popular home whiteners.

Shereen Azer, assistant professor of restorative and prosthetic dentistry at Ohio State University and lead author of the study, says that, “There is some significant reduction in nano-hardness of enamel, but we are talking on a very minute scale. So even though it may not be visible to the human eye, it’s important for research because that’s how we improve products.”

The study investigators were said to have applied the recommended treatments of five name-brand home whiteners to samples of human teeth. This set of teeth was said to have been tallied with the tooth samples which did not receive any treatment. It was discovered that in all the cases, the products reduced the hardness of the enamel. The products also seemed to reduce the elastic modulus or stiffness of the enamel as well. Elastic modulus is said to be the ability of the tooth surface to bounce back in response to an applied force.

Many previously conducted studies have tried to determine how whitening of the teeth may affect the hardness of the enamel. However their results apparently didn’t seem to prove much. It is assumed that this was probably because the previous studies measured the loss of enamel hardness in microns, in contrast to the nanometer scale used in the present study. The study investigators stated that various widespread evaluations have pointed out that fluoride treatments, including the use of fluoride toothpaste, may be able to promote enamel re-mineralization.

These findings have been published in the Journal of Dentistry.