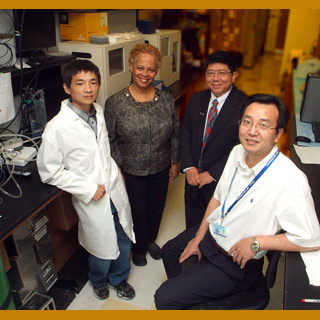 Medical College of Georgia researchers claim to have identified the gene that turns smiles into grimaces and is a hindrance for bladder and bowel control. Findings drawn from this research appear to provide awareness about urofacial syndrome as well as incontinence which affects almost 20 percent of the general population.

Researchers reveal that the gene Heparanase 2 is the cause of urofacial syndrome which is a genetic condition disproportionately affecting population with common ancestry. A child must get two copies in order to pass along a genetic disorder that is one from each parent of the modified gene. When relatives marry and/or have children together it is observed that rare disorders become common.

“This paper really tells us and the scientific community is that this particular gene and its encoded proteins play a very important role in controlling facial and bladder muscle function. From this, we hope to develop studies that will benefit not only these patients but also those with the more general problem of incontinence or overactive bladder and constipation,” commented Dr. Jin-Xiong She, director of the MCG Center for Biotechnology and Genomic Medicine.

It was identified that the face, bladder and bowel all require tight control of muscle contraction. Dr. Lee shares that those patients with urofacial syndrome seep out feces and urine which are feared to drip back into the kidneys and destroy them. Dr. Bobbilynn Hawkins-Lee, an urologist at MCG, director of urodynamics and female urology at the Charlie Norwood Veterans Affairs Medical Center and research co-author shares that lack of bowel control causes constipation as well as seepage.

He further continues that it is easy to identify babies out in a nursery as their smiles turn into frowns and other children may give up smiling. They may opt for a more apathetic look to help disguise their condition. It was also revealed that children when left untreated from the disease die before adulthood.

Researchers used DNA taken from urofacial patients in Antioquia, Colombia for genetic mapping and to identify the chromosomal region that contained the suspected gene. As the search narrowed Dr. Junfeng Pang undertook the problematic task of screening 20 genes in this chromosomal region that contained the suspected gene in patients from Colombia, the United States and France. They continued this until they identified one gene that was altered in every patient and he further cloned the gene.

“We had to look for sequence errors in patients that could result in functional changes or loss of function for the encoded protein,” said Wang, a co-corresponding author. “Only animals with voiding functions have this particular gene which indicates it is very important for that function.” When defective, the gene produces an equally defective protein that is critical to muscle function.

Researchers don’t know exactly the effects of Heparanase 2. Although its alteration in urofacial syndrome patients convey its role in muscle control related to facial expression and voiding. Researchers expect to apparently publish more findings about the gene’s function and how the mutation causes urofacial syndrome.

Researchers hope that these findings may help those who fail to control urination unrelated to the syndrome. The risk factors include advanced age, childbirth, pelvic surgery and spinal cord injury. Current incontinence treatment is known to include behavioral therapies such as bladder training, surgery to expand capacity or bypass the bladder, intermittent catheterizations to prevent urine refluxing into the kidneys as well as drugs to prevent involuntary contraction of bladder muscles.

This research was published in the American Journal of Human Genetics.

Are Clean Hands the Ultimate Signal of a Pure Heart?