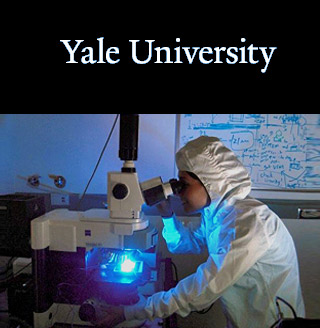 Scientists from the Yale University have come up with a new technology to quickly manipulate and sort various cells in the blood. With the help of magnetizable liquids, the experts claim that they could considerably enhance the speed and sensitivity of tests used in detection of cancer biomarkers, blood disorders, viruses and other diseases.

Over the years, ferrofluids are known to have been utilized in industrial applications like in hard disk drives and loudspeakers. They include magnetic nanoparticles suspended throughout a liquid carrier. Now the Yale team has created biocompatible ferrofluids claiming to have the pH level and salinity. It has been developed to allow human cells to survive in it for long hours.

They have also created a device with integrated electrodes that may be able to generate a magnetic field pattern, enabling manipulation and separation of red blood cells, sickle cells and bacteria comprised in this distinct solution. The research has been led by Hur Koser, associate professor at the Yale School of Engineering & Applied Science.

Experts asspicted with this research reveal a magnetic field that may be capable of attracting the nanoparticles in the ferrofluids. Effectively it may cause the pushing and shuffling of the much larger, nonmagnetic cells along specific channels. The researchers apparently also manipulated and sorted different types of cells as per their size, elasticity and shape depending on the frequency of the magnetic field they applied.

“It’s like the cells are surfing on magnetic forces,” Koser mentioned. “When we turn on the magnetic field, the nonmagnetic cells are pushed immediately up to the top of the channel.” There, they roll along the surface and can be quickly directed toward a sensor.

The scientists explain that though other cell manipulation techniques exist, this novel method could be distinct mainly because it doesn’t need attachment of biomarkers or labels, to the cells. Also it supposedly does not require labor-intensive preparation or post-processing. Enabling effective sorting and movement of cells, this technique may further permit disease detection in a more efficient manner. This it appears to do by directing diseased cells toward sensors.

According to the investigators, presently most tests take hours or even days to complete. This could be as the concentration of diseased cells in a blood sample may be so low that could take a longer time for the cells to bump randomly into the sensors.

“Effective and efficient separation is very important when you’re looking for a needle in a haystack,” remarked Ayse Rezzan Kose, a graduate student in the Koser Lab and the lead author of the study. “We’re hoping we can achieve an increase of several orders of magnitude in the sensitivity of existing detection technologies. If so, a blood sample analysis could be completed in minutes, not hours or days.”

Koser aspires that the new technique could some day lead to portable sensors which could help doctors to arrange for tests for a range of disorders like HIV and cancer on field.

The findings, which will be published the week of December 7 in the online edition of the Proceedings of the National Academy of Sciences,