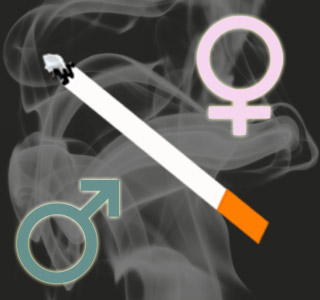 Tobacco smoking is known to have disastrous effects on the health of the smoker. However there seems to be a disparity between female and male smokers. It seems that female smokers may be relatively more prone to the cancerous causal effects of tobacco smoking.

In order to verify these findings Swiss researchers analyzed more than 600 lung cancer patients. All these patients were said to have been referred to a cancer center in St Gallan between 2000 and 2005. They observed that women smokers seemed to develop cancer sooner than their male counterparts. Despite having smoked relatively lesser, women seemed to develop cancer sooner than male smokers.

Dr. Enriqueta Felip, Val d’Hebron University, Barcelona, Spain, the co-chair of the conference where these findings were presented states that, “In the early 1900s lung cancer was reported to be rare in women, but since the 1960s it has progressively reached epidemic proportions, becoming the leading cause of cancer deaths among women in the United States.”

It was noted that these findings may provide further evidence to support the growing awareness about the greater ill effects of smoking on women as compared to men.

Dr. Felip continues that, “Lung cancer is not only a man’s disease, but women tend to be much more aware of other cancers, such as breast cancer. Several case-control studies seem to suggest that women are more vulnerable to tobacco carcinogens than men.”

Having pointed out the ill effects of smoking in women, another research was said to have suggested that women may do better after surgery as compared to men. It seems that women may fare better than men following their lung tumor removal surgery. Seemingly it was observed that the median survival post surgery was 4.7 years for women as against to 2.1 years for male smokers.

The research results have been presented at the European Multidisciplinary Conference in Thoracic Oncology, Lugano, Switzerland.