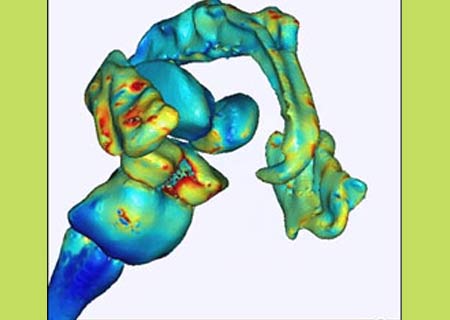 With sunlight looming over us these days, migraine episodes may get slightly over the top. A new technology related to brain stimulation disclosed by a team at the City College of New York can apparently inhibit migraine attacks.

In the process, something referred to as transcranial direct current stimulation (tDCS) transfers a weak electrical current to specific regions of the brain. This is achieved by attaching electrodes on the scalp. Basically, the points related to severe pain are targeted by the current.

Dr. Marom Bikson, associate professor of biomedical engineering in CCNY’s Grove School of Engineering, commented, “We developed this technology and methodology in order to get the currents deep into the brain. The researchers aimed to tap into the so-called pain network, among other areas, a collection of interconnected brain regions involved in perceiving and regulating pain.”

Interestingly, this method seemed to alter some of the built-in brain changes that generally develop due to chronic migraines. As the procedure was repeated, it seemingly decreased the duration of the pain and its intensity by almost 37%. The beneficial effects continued with more sessions and remained consistent in the long term too.

Mentioned in the journal, Headache, the scientists believed that iDCS delivered a remedial current into the areas associated with severe pain via the deep and upper brain structures. The side-effects reported with this therapy included slight sensations like tingling. This mechanism can be used on a regular basis to prevent attacks or during specific pain cycles.

People with chronic migraines have to suffer from headaches more frequently than those affected by episodic forms of the condition. The current techniques to combat chronic migraines appear to be futile and may also cause fatal seizures.