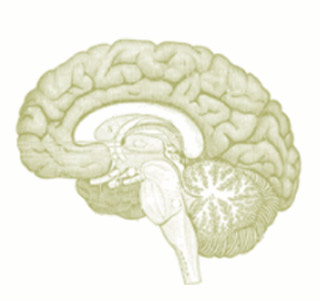 Lithium is a drug which is used on a large basis to treat disorders like bipolar mood disorder. More so a recently covered news report had stated that lithium in water supplies may play a role in reducing the rate of suicide. Another positive effect of lithium is said to be its ability to shield the brain from damage while undergoing radiation treatments. However the process through which this mechanism takes place was said to be blurry.

So now a team of investigators have unveiled the mysterious mechanism of how lithium protects the brain from radiation treatment related damage. These experts have revealed that lithium may encourage DNA repair only in the healthy cells and not in the cancerous cells in the brain. This discovery could perhaps lead to the development of such a treatment where the healthy brain tissue may be protected from damage during a radiation treatment. This discovery was made by the investigators from the Vanderbilt-Ingram Cancer Center.

Akin to numerous therapies even radiation treatments may have certain long term adverse effects on the patient. Its side effects even include neurological impairments which mainly take place in child cancer patients. Therefore the experts were in search for a technique which could provide protection to the brain from the harmful effects of a radiation treatment. In spite of discovering that lithium may be useful for this purpose its precise mechanism of doing so was not yet clear. But now this team of experts have successfully hacked the code surrounding the mysterious lithium procedure.

The investigators have explained that radiation treatments incur damage to the cancerous cells by harming the respective cells DNA. However along with them, radiation also harms the DNA of the healthy cells. A grave type of DNA damage is believed to be chromosomal double-stranded break (DSB) where the strands of the double helix get damaged.

These investigators have now discovered that lithium may influence the process of DNA repair after the damage that is induced by a radiation treatment. It was found that lithium may protect the healthy cells by promoting a certain kind of DNA repair, whereas this kind of protection was not provided for the brain tumor cells.

The experts hope that these findings may be helpful in treating even those cases of cancer which require high doses of radiation, by protecting the healthy brain cells from radiation-induced damage.

These findings were reported in the issue of the Journal of Clinical Investigation.