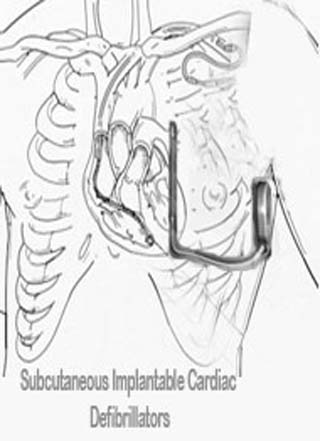 A risk linked with attaching leads to the heart, has always been there for people using implantable defibrillators. Surgeries have also been undertaken in order to replace them. The S-ICD are said to function more like an external unit.

Andrew Grace, a cardiologist at the Papworth Hospital in Cambridge, England helped in the development of this particular device. He says that this device as compared to the earlier ones, gives a better view of the goings on in the heart. The traditional lead embedded ICDs can get confused with the electrical noise going on inside the heart. However, this problem is not frequent with the new S-ICDs. Due to the misunderstanding of tradition ICD, some implantable defibrillator patients had to suffer unnecessary shocks.

The S-ICD generates around 80 joules per shock, as compared to the normal ICD which generates lesser than 30 joules per shock. In the new S-ICD, there are enhanced battery and capacitor technologies. They are slightly bigger than a normal ICD. Unlike the chest with the traditional ICD, the S-ICD sits under the arm-pit.

This device requires an additional demand for power. Cameron states that despite this fact, the S-ICD has a battery life span of five years on an average, which is believed to be similar to the present traditional ICDs