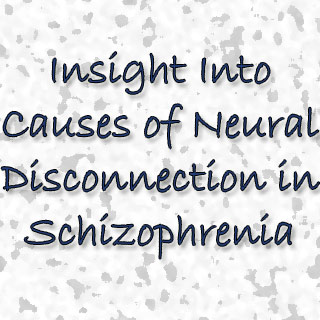 The nerve cells in the human body are able to communicate through dendritic spines. So a reduction in these spines may hamper the coordination in activity between brain regions. It is this structural abnormality that is apparently noted in patients with schizophrenia. Investigators from the University of Pittsburgh have supposedly put forth some novel observations into the shortage of dendritic spine in schizophrenia.

Patients with schizophrenia seem to display a structural abnormality, wherein the pyramidal neurons appear to be located in layer 3. The authors explained that in schizophrenia, the principal cell type receiving communication from other brain regions reveals less number of dendritic spines.

Dr. John Krystal, Editor of Biological Psychiatry commented, “We still have a long way to go to fully understand the neurobiology of schizophrenia. An important step in this process will be to begin to learn what we can about neural structure and chemistry from postmortem brain tissue from individuals diagnosed with schizophrenia. These studies may help, ultimately, to develop new treatments that attempt to prevent or reverse these disturbances in brain structure associated with schizophrenia.”

Dr. David Lewis explained, “These findings provide a potential basis for novel treatments for schizophrenia, and for preemptive interventions for individuals who are at high risk for the illness.”

Keeping in mind the common assumption that CDC42EP3 is generally expressed in layer 3, the authors concluded that altered expression of these transcripts cause layer-specific insufficiency in dendritic spines that are correlated with schizophrenia.

The study is published in July 1, 2010 issue of Biological Psychiatry.