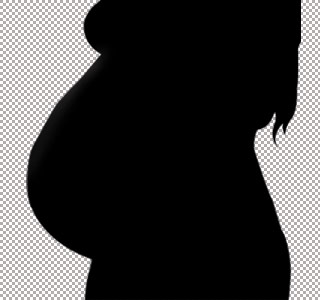 Out of various other factors, pregnancy may also be characterized by nausea and a feeling of vomiting. All the soon-to-be-moms usually have to go through this ordeal. However some women may experience severe symptoms which may even need hospitalization.

A new way of treating these symptoms has now been initialized. This relatively safer medication protocol seems to be capable of improving these symptoms as compared to the earlier alternatives. This novel medication protocol was introduced by a team of investigators from the Sainte-Justine University Hospital Center and the Université de Bourgogne.

Pregnancy related severe nausea or vomiting is estimated to affect about one percent of soon-to-be-moms. This potentially fatal condition is also called the hyperemis gravidarum. Its symptoms may include vomiting, nausea, lack of energy and incapability to retain consumed food in the body for a few days.

“In 2002, we had to quickly change the medication protocol to treat hyperemisis gravidarum (HG), or severe nausea and vomiting of pregnancy, due to a FDA and Health Canada warnings,” Further continuing that, “The warning found that a previously used anti-vomiting medication might cause adverse cardiovascular effects in mothers. We had to quickly choose another treatment, which was safer. The current study looks back at the data to evaluate the effectiveness of this treatment,” says senior investigator, Anick Bérard, director of the Research Unit on Medications and Pregnancy of the Sainte-Justine University Hospital Center.

More than 220 soon-to-be-moms hospitalized for hyperemisis gravidarum were believed to have been analyzed by these experts. Since trials could not be conducted on pregnant women, the experts were said to have mainly depended on the information provided by other reports conducted on this topic.

The present study investigators were stated to have tallied the effects of the novel medication metoclopramide along with the standard drug droperidol. It was observed that the new drug seemed to yield better results as compared to the standard drug. Metoclopramide seemed to control the vomiting and nausea symptoms relatively sooner than droperidol.

These experts were stated to have suggested pregnant women suffering from this condition to immediately consult their doctor. They also hope that their novel treatment may soon be adopted by the other institutions as well.

The study findings have been reported in the European Journal of Obstetrics and Gynecology and Reproductive Biology.

Starting early dialysis seems to be harmful for some patients