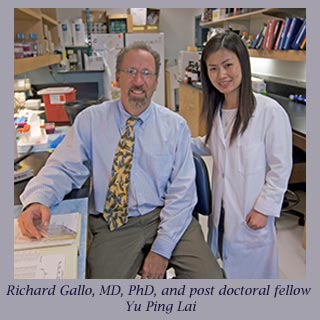 On the skin’s surface, bacteria are known to be abundant, diverse and constant, but inflammation is undesirable. Presently, a latest study at the University of California, San Diego School of Medicine is believed to have shown that the normal bacteria living on the skin surface trigger a pathway that prevents too much inflammation after injury.

The study was noted to have been performed by post-doctoral fellow Yu Ping Lai on mice and human cell cultures. The supposed ‘hygiene hypothesis,’ first introduced in the late 1980s, suggests that a lack of early childhood exposure to infectious agents and microorganisms seems to increase an individuals susceptibility to disease. Apparently, this is done by changing how the immune system reacts to such ‘bacterial invaders.’

“The exciting implications of Dr. Lai’s work is that it provides a molecular basis to understand the ‘hygiene hypothesis’ and has uncovered elements of the wound repair response that were previously unknown. This may help us devise new therapeutic approaches for inflammatory skin diseases,” explains Richard L. Gallo, MD, PhD, professor of medicine and pediatrics, chief of UCSD’s Division of Dermatology and the Dermatology section of the Veterans Affairs San Diego Healthcare System.

The hypothesis was initially developed to elucidate why allergies like hay fever and eczema appear to be less common in children from large families, who were most likely exposed to more infectious agents as compared to the others. Moreover, it seems to have been used to explain the higher incidence of allergic diseases in industrialized countries.

The skin’s normal microflora is known to include certain staphylococcal bacterial species that will stimulate an inflammatory response when they are introduced below the skin’s surface. However, they may perhaps not begin inflammation when present on the epidermis or outer layer of skin. Also, microflora seems to be the microscopic and typically harmless bacteria that live on the skin.

Gallo further said that, “Keratinocytes require TLR3 to mount a normal inflammatory response to injury, and this response is kept from becoming too aggressive by staphylococcal LTA. To our knowledge, these findings show for the first time that the skin epithelium requires TLR3 for normal inflammation after wounding and that the microflora helps to modulate this response.”

In this study, Lai, Gallo along with their colleagues has revealed a previously unknown mechanism through which a product of staphylococci appears to inhibit skin inflammation. Such inhibition may be mediated by a molecule called staphylococcal lipoteichoic acid (LTA) which acts on keratinocytes, the primary cell types found on the epidermis. The study authors also found that Toll-like receptor 3 (TLR3) activation could possibly be needed for normal inflammation after skin injury.

The findings of the study have been published in the online journal of Nature Medicine.