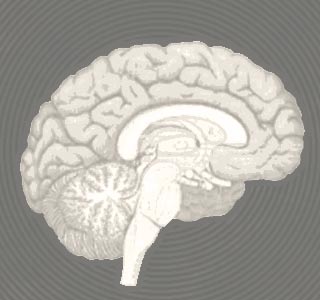 Through an innovative research a team of experts have now analyzed regions of the human brain while the person is at rest. It is believed that a better understanding of the normal state of the brain may permit experts to be able to illustrate certain mental disorders in a better manner and therefore develop novel approaches for diagnosing and treating them. This discovery was jointly made by the researchers from the Oregon Health & Science University along with Washington University in St. Louis.

The human brain function was believed to have been analyzed through the use of a type of magnetic resonance imaging (MRI) called functional connectivity MRI. This technique is stated to have aided the experts in viewing the real-time brain activity of the participants. Though a brain analysis of the various participants these researchers seemingly succeeded in detecting certain sections of the brain which spontaneously activate in unison when the subjects were at rest.

“For years, the vast majority of scientists studying human functional brain organization have focused on how activity changes when engaged in specific tasks. However now we know there are several regions in the brain that continue to interact while a person is supposedly at rest – sort of like a car that idles at a stoplight. Our lab is studying these interactions, or spontaneous brain activity, while the brain is at rest. We think that this approach will eventually help us distinguish typical function from atypical function and therefore help more rapidly diagnose and appropriately treat mental disorders,” says Damien Fair, PhD, a postdoctoral research scientist in psychiatry, Oregon Health & Science University School of Medicine.

Apparently, these experts observed that there was a localized communication taking place between the different brain sections of children. However after a period of time regional communication seems to take over their entire brain.

Fair says that their main concern is to better analyze attention deficit hyperactivity disorder (ADHD). He explains that, “One of our key interest areas is ADHD. ADHD is one of the most widely diagnosed mental disorders in children, yet diagnosing it can be very difficult because diagnosis is based on patient and parent interviews and observational studies. Having a more tangible form of diagnosis – such as an MRI screening tool would be tremendously valuable to patients and physicians.”

Thereby these researchers are trying to further analyze this criterion. For this purpose they may soon tally the functional connectivity MRI images of healthy subjects with the images derived from mental disorder patients. They believe that through this technique they may succeed in identifying and zeroing-in on the different functional patterns of the brains. This knowledge may in turn aid physicians in properly diagnosing such mental disorders in patients.

These findings have been published in the Public Library of Science Computational Biology journal.