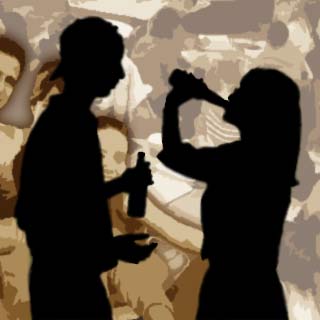 You may have come across innumerable data illustrating the ill effects of binge drinking. Now a new research has further added to this list of negative effects of heavy alcohol consumption. They have stated that binge drinking may elevate the risk of developing dementia.

Dementia is stated to be a progressive decline in the cognitive function of a person. This disorder may be characterized by certain symptoms like difficulties faced with speech and interpreting conversations, memory loss, etc. among others.

These researchers have gone so far as to state that about 10 to 24 percent of dementia cases may be caused due to the effects of alcohol consumption on the brain. They believe that these findings may act as an eye-opener for all those people who presumed that dementia may only be caused due to old age.

Dr. Jane Marshall, consultant psychiatrist at the Maudsley Hospital in Denmark Hill, South London says that, “People think that dementia is something that happens to people over 65. But a lot of those under 65 have got cognitive problems and a large proportion of the problems in that group are related to alcohol,” Further adding that, “Alcohol-related brain damage may account for 10 to 24 per cent of all cases of all forms of dementia. We know that alcohol is associated with serious cognitive impairment. It reduces memory and general cognition.”

The research findings were published in the Journal of Alcohol and Alcoholism.